Kevin Costner Children – How Many Does The Yellowstone Star Have?

Kevin Costner has seven children in total though they don't all come from the same marriage. Here we break down his large family unit.

For Kevin Costner, it is lucky number seven. This number has nothing to do with his film career or his time behind the camera as a director. It doesn’t have anything to do with his producing career or even any television shows he might be part of. No, lucky number seven has more of a personal meaning to Costner as it is the number of children he calls his own. So, what do we know about Kevin Costner’s children?

Well before Costner began his film career, he began dating a fellow student, Cindy Silva. Three years later, Costner and Silva married. Costner began knocking on Hollywood’s door and his career was slowly starting when he and Cindy had their first child.

The first of Kevin Costner’s children is Annie Costner, who was born in 1984. As an adult, Annie has followed in her father’s footsteps and into Hollywood. She is an actress, a director, and a producer. Her directing credit came on the film, The Discarded: A Tale of Two Rios, which was a documentary short and a film she also produced. As far as other producing credits go, Annie also has produced an ESPN 30 for 30, and two more documentaries, Mother and Mother Wild. As far as acting goes, Annie can thank her father for a few of her credits. These include Costner’s Dances with Wolves, Waterworld, and The Postman. She also has credits in the movies The Baby-Sitters Club and Lazy Teenage Superheroes.

The second of Kevin Costner’s children is Lily Costner. She was born two years after Annie and like her older sister and her father, she followed them into show business. Lily’s acting credits are few, but they include The Baby-Sitter’s Club, The Postman, and Black or White. But where Lily truly makes her mark is as a singer.

She has inherited her father’s love for music as Kevin Costner has been the lead singer for his band, Kevin Costner & Modern West, for quite some time. Lily joined her father on the album Tales from Yellowstone which featured music from his hit series, Yellowstone. Together they pair up for the song, “Heaven’s Gate.” She has also collaborated, along with Kevin Costner, with country music superstar Trace Adkins on his 2013 Christmas album singing “Silent Night.”

The third of Kevin Costner’s children is Joe Costner. He came into this world two years after Lily. Not much information is out there about Kevin Costner’s third child, but he did start off by also following in his father’s footsteps. As an 8-year-old child, Joe got a small role in his father’s film, Tin Cup. He followed that up by starring, with his sisters, in The Postman.

Kevin Costner and Cindy’s marriage lasted 16 years. They had three children, but when child number four came, it was after Kevin and Cindy divorced and it was with another woman. Liam was Kevin Costner’s fourth child and he was born to Bridget Rooney. Costner had a brief relationship with Rooney after his divorce from Cindy resulting in Liam, who was born in 1996. Liam has taken a different path than his three older siblings, though there isn’t much known about him. One thing we do know is that he has remained out of the spotlight and so far has not had the desire to get into show business.

After Kevin Costner broke it off with Rooney, he dated political activist Birgit Cunningham. When that ended, he started dating supermodel Elle McPherson. They eventually lived together, but this relationship didn’t last. In 2000, Costner began dating model and handbag designer Christine Baumgartner. It took Costner four years, but he finally asked, she said yes, and in 2004, Costner and Baumgartner were married at his Aspen, Colorado ranch.

Getting to that point was not an easy one, mainly for Costner. He was happy with his four children and wasn’t intending on having more. The couple broke up in 2002 with the prevailing rumor being they could not agree on having children. “She said, ‘I’m going to wait for you, but not long. When you come to your senses, come back to me,'” Costner told Parade in an interview years later. “And I did. Maybe it’s the ability to say you’re sorry.”

Well, there were more Kevin Costner children to come. Not just one, or even two. But Kevin and Christine had three more children. Kevin Costner’s fifth child was born three years after their marriage. Cayden was born in 2007 and the couple couldn’t have been happier. Whatever Christine did to convince her husband she wanted more children worked because two years after Cayden was born, his brother Hayes popped out. This brought Kevin Costner’s children tally up to six. There was room for one more, wasn’t there?

There was! Three years later, Kevin Costner found himself with his third daughter, Grace, who was born in June 2010. So far all three of his children are a little young to jump follow their elder siblings and father into the entertainment industry, but there is still plenty of time to make it happen. Until then, Kevin Costner is just enjoying both his older crew and his younger crew.

He knows that he has been a lucky dad to spend a lot of his life with his older children, so he relishes the time he gets with his younger three. “I don’t kid myself about certain realities: I won’t be around to see as much of this one’s life as I’ll get to see of my older kids’ lives,” Costner said to Good Housekeeping. “So with [them], I really want to be there for every single moment that I can.”

Seven Kevin Costner children, the eldest separated by 26 years from the youngest. It’s an age gap you don’t see often between siblings, but Kevin Costner makes it work. True, he may have the biggest hit series on television right now, but he always makes his children his priority. 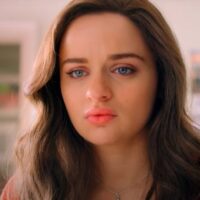