Kevin Costner's commitment to the series Yellowstone is straining his marriage, and his wife wants him to quit the show.

Kevin Costner may be basking in the success of Yellowstone, but his wife Christine Baumgartner is less than pleased with how things have turned out. When the 67-year-old signed on for the modern-day Western in 2018, he wasn’t sure of its longevity. But with 10 million viewers, it is now a television mainstay that requires him to be on location in Montana for months while his wife is alone in Los Angeles with their three children.

Speaking to RadarOnline, a source close to Kevin Costner’s family said Yellowstone’s schedule has really knocked a hole in their family life, and now that the show is such a hit, the producers want it to go on forever. However, the 48-year-old handbag designer wants her husband to hang up his cowboy hat, as her patience is starting to fray. She apparently wants a firm commitment that season five will be his last or their marriage might be over.

Kevin Costner, who portrays John Dutton on Yellowstone, married Christine Baumgartner in 2004, making her his second wife. He was previously married to Cindy Costner, but they divorced in 1994. He brought four kids into the new relationship, including three with Cindy and one with ex-girlfriend Bridget Rooney, whom he dated before striking a romance with his current wife.

The couple met years before they began dating in the late 1990s and went public in 2000, according to Taste of Country. In 2003, they broke up because she wanted kids of her own, and he was pretty content with the ones he had. They reconciled and eventually married, and Yellowstone star Kevin Costner and his wife of 18 years now have three kids of their own. This includes sons Cayden and Hayes, who were born in 2007 and 2009, respectively, and daughter Grace who was born in 2010.

Although the fate of their marriage remains to be seen, Kevin Costner is preparing for the release of Yellowstone’s fifth outing. While the first two episodes are set to debut on November 13th, the trailer for the show was so popular that it broke records. Within the first 24 hours of its release, the clip earned 14.4 million views and 1.7 million engagements. That’s three times as many organic views and six times more organic engagements than the fourth season trailer, Deadline reported at the time.

The one-minute clip for the Kevin Costner starrer opens with John Dutton being sworn in as Governor of Montana. He is seen promptly firing his entire staff and appointing his trusted daughter Beth as his right-hand man. Then, a montage previewing the chaos that follows takes over, proving that power has a price. The new season of Yellowstone will air in two installments of seven episodes each.

Created by Taylor Sheridan and John Linson, Kevin Costner’s Yellowstone premiered on the Paramount Network in 2018. The story revolves around the Dutton family, who owns the largest ranch in the United States. It also deals with the conflict with bordering Native reservations, national parks, and land developers. It also stars Wes Bentley, Kelly Reilly, Luke Grimes, Cole Hauser, and Gil Birmingham. 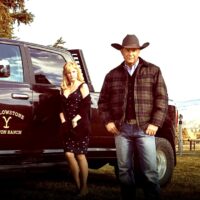 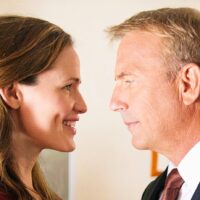