Following the company’s announcement of entering the world of gaming once again — after a history of mixed/average and poor releases — Disney finally discovered a recipe for making good games, as evidenced by the sheer popularity of its previous release — Dreamlight Valley. However, it would seem that the company has caught the same virus, known among scholars as ludo mora (lat. Game delay; also, an obvious joke), that has been plaguing the rest of the gaming industry, causing the media giant to postpone its Disney Speedstorm racing game to 2023.

According to Destructoid, Gameloft has delayed the release of the upcoming arcade racing game Disney Speedstorm, a combat racing game that pits Disney and Pixar heroes and villains against each other on tracks inspired by various Disney releases. Think of it as Jason Statham’s Death Race crossover with track racing seen in Wreck-It Ralph but aimed primarily at children and more sensitive viewers. The cartoonish karter has been delayed from its initial 2022 release date to 2023, when it’s scheduled to launch on PlayStation, PC, Xbox, and Nintendo Switch.

Gameloft, Ubisoft’s mobile-oriented younger brother, listed the usual cause for this disease plaguing the industry. As anyone might’ve guessed, the developer needs more time to polish up the game to meet the fandom’s expectations and provide a fast-paced and entertaining kart racing experience. The company also took the opportunity to thank the fans that participated in the beta testing of the game and the feedback they have provided and promised to keep the exciting fandom up to speed on Disney Speedstorm‘s development progression going forward.

Disney Speedstorm was first released in February this year and seemed to be a curios-looking title featuring Disney’s litany of do-gooders and ne’er-do-wells locked in a mixture of racing and vehicular combat. Something akin to children-oriented Fast & Furious, but with Disney characters. We wonder if Groot’s making an appearance. Regardless, players will select both the characters and vehicles based on the releases, such as Monsters, Inc., Mulan, Beauty and the Beast, Little Mermaid, Snow White, and Pirates of the Caribbeans. Of course, other Disney franchises would also make an appearance.

Game-loving fans of Disney’s earliest works will definitely love seeing a track based on 1940’s Fantasia, which also served as an inspiration for one of Steam’s best-selling bullet-hell games — Cuphead — whose DLC suffered great delays as well. Please note that the Cuphead franchise has nothing to do with Disney, despite heavy references in both cartoons and video games. As for Disney Speedstorm, Gameloft also announced post-release content through further updates, which will presumably take place post-launch.

As previously stated, Disney Speedstorm is supposed to launch as a cross-platform release for last- and current-gen consoles and PC. This includes the sunsetting PlayStation 4 and the elusive PlayStation 5, the discontinued Xbox One, Xbox Series X/S, and Nintendo Switch — though the latter is likely to be late a few months. PC release should coincide with the console releases, with the game distributed by both Steam — which might be developing Deck 2 — and Epic Games Store. 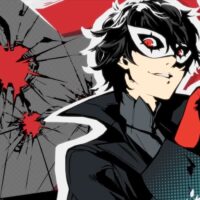 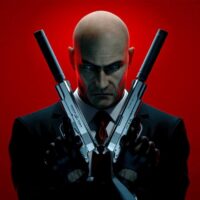 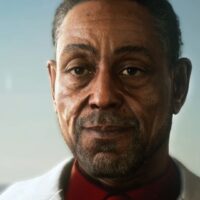