Disney’s Dreamlight Valley appears to be a gaming haven for the fans of farming/community sim games, as it features the usual fare for kids and community sim gamers. This includes things like fishing, farming, cooking, mining, and digging. And while all of those features sound like secondary skills from more massive MMO titles — like the ever-expanding World of Warcraft — it’s more than enough to attract droves of gamers to Dreamlight Valley, which hit over a million players only ten days after its release — as reported by Destructoid.

Dreamlight Valley puts the player in control of characters who find themselves in a magical land lying in ruins, following the event called “The Forgetting.” The hybrid between life-sim games and adventure genre is rich with various quests, exploration, and engaging activities that feature some of Disney and Pixar’s best-known characters from both classic and recent releases. The gamers embark on an enchanting quest to restore a once idyllic village that’s now desolate and filled with insidious night thorns.

The game attracts gamers with mysterious secrets, the chance to explore Disney and Pixar’s diverse in-game Realms, and missions to help some of the most iconic inhabitants of the town to recover their lost memories — which stem from the aforementioned Forgetting event. This means that the players have the ability to meet some of their early-childhood favorite heroes, like Mickey Mouse, Simba, Ariel, Moana, and characters from Toy Story in Dreamlight Valley.

Considering the sheer scope of iconic characters and locations present in the game, paired with the size of the casual-gaming market — which is massive, by the way — it’s no wonder that the game managed to attract over one million players in such a short time. And please keep in mind that we’re discussing a new gaming title, not a sequel from a well-established franchise like Halo, which usually sells a million copies within the game’s release week.

Still, crediting the Dreamlight Valley’s massive success on the lone fact that it features some of Disney’s most iconic characters doesn’t actually paint the whole picture regarding its popularity. The sheer quality of the game is exceptional, which isn’t all that surprising considering that the game was developed by Gameloft — a very prominent mobile game developer with more than two decades of experience. Think of it as Ubisoft of the mobile gaming world.

In fact, Gameloft was founded by one of Ubisoft’s five founders, and the company is credited with some of the most successful mobile gaming releases in history, dating back to the pre-Symbian (one of the first smartphone OSs) era. The company’s focus throughout the decades was quality of quantity, which makes Dreamlight Valley’s success less surprising — considering Gameloft’s direct involvement, its success was nearly guaranteed.

The company did more than just equip Dreamlight Valley with beloved Disney characters. It actually created a compelling and incredibly immersive narrative consisting of unique individualized story arcs and activities paired with sim-like features like fishing with Goofy, cooking with Remy from Ratatouille, and gardening with WALL-E. So, a million players in ten days for a game of this magnitude isn’t surprising. What is shocking is the fact that it didn’t garner two million players. 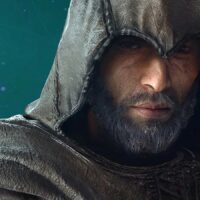 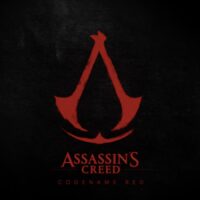 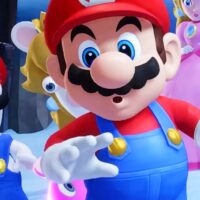