The COVID-19 pandemic threw a gut punch to the world and threw a wrench into Sony’s plans gearing towards the discontinuation of its PlayStation 4 console by the end of 2021. Unfortunately, the aforementioned gut-punch disrupted supply lines across the globe, and Sony just couldn’t keep up with the demand for its new console, the PS5, so it continued producing its older sibling, whose chips were easier to source. Now, as the world recuperates from the Pandemic, Sony resumes its plans to discontinue the PS4.

According to a report by GamesRadar+, Sony laid out its expectations for its first-party PlayStation portfolio up to 2026, and it seems that the production of PS4 is winding down soon, aiming for a complete stop by 2025. Apparently, Sony projects that 50% of its releases in the fiscal year 2025 (ending in March 2026) will be on PlayStation 5 console, 30% of its releases will aim at the PC market, and 20% on mobile gaming. Unfortunately for PlayStation owners, first-party PS4 titles are nowhere to be found — something that shouldn’t be all that surprising, considering the console’s unusually long lifespan.

Sony released PlayStation 4 in 2013, meaning that the console is turning 10 in 2023, which is more than double its generation’s life expectancy. Console generations usually last five to six years before their hardware is considered obsolete, keeping pace with Moore’s law — an observation stating that the number of transistors in integrated circuits doubles about every two years. This means that after 5-6 years, the console becomes obsolete by all metrics, and a new generation of consoles rolls in.

Sony’s PlayStation 4 console has already nearly doubled the console’s life expectancy, partially due to hardware revisions, which can extend the life expectancy of a console, and partially due to circumstances. The revisions are becoming more common as Moore’s law becomes less and less relevant — the number of transistors isn’t doubling every two years anymore since we managed to hit the limits of our current chip-production technology.

But the latter, the circumstances, is what really extended the life span of one of Sony’s second best-selling consoles. The COVID-19 pandemic interrupted the supply of semiconductive elements necessary for chip production, and Sony couldn’t meet the demand for PlayStation 5 due to the lack of necessary chips. So, the company low-key canceled its plans to discontinue PlayStation 4, denying it ever made such plans in the first place — nobody could call them out on it since no plans were made public at the time.

In the meantime, Sony also realized the untapped potential of the PC market that already had a massive demand for first-party PlayStation releases, like God of War, so they decided to expand the market. Titles like God of War and Horizon Zero Dawn finally found their way to the PC, and Sony relinquished most of its first-party-exclusives strategy, making PC gamers happy whilst leaving its fan community disappointed over the loss of the elite status their console’s hardware previously granted.

The latest discontinuation of the PlayStation 4 console wasn’t officially announced by Sony, but it’s in the cards — why would they keep producing the console for which no new releases are being made? The company expects to start closing the gap between PS4 and PS5 console sales in 2023, and PS5 finally outperforming its predecessor in sales by 2024 — just in the autumn of its lifespan. Better late than never, but we must admit, the sales gap currently counts at 97,9 million units sold in favor of PlayStation 4. Good luck, Sony, may the PlayStation 6 fare better than its predecessor. 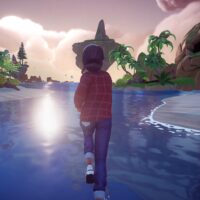