Disney is no longer micromanaging game developers licensed to handle its IPs, a recent interview with company bigwigs reveal. IGN’s Joe Skrebels spoke with Vice President of Disney and Pixar Games Luigi Priore and Senior Vice President of Global Games & Interactive Experiences Sean Shoptaw during this year’s E3 about the future of Disney gaming, and prospects are promising. The company is fully committing to working with both indie and big-name publishers on entirely original stories based on preexisting Disney properties.

Once agonizingly myopic at the cost of genuine artistry, Disney is relinquishing corporate control in exchange for a more democratic approach to storytelling. Executives hope to challenge the boundaries of creativity by empowering “high-quality partners” already passionate about certain IPs to explore any and all manner of possibility that hasn’t been done before. It’s a comprehensive bid to refocus the company’s brand into making games for the fans by the fans — just the way it should be. “Our fans want new stories about the characters and the worlds [Disney’s created],” Priori enthusiastically explains. “They want to play in those worlds. And so that’s what we’re going to deliver.”

Disney isn’t particularly adventurous when it comes to video games. For one thing, most entries aren’t standalone; they serve to complement a preexisting story. Case in point, games are usually by-the-book retellings of known Disney movies. The attempt at replicating the charm and success of the original is certainly admirable, but who wants to replay a narrative they’ve already seen?

The only time Disney’s been as imaginative as its credo was in 2002, with the release of Square Enix’s Kingdom Hearts. It relocated established Disney IPs into a wholly different universe and retold time-honored stories from the perspective of an Everyman protagonist. The series was a smash hit — stark proof video games needn’t always play supporting roles. They can be main players in their own right.

“There was a time 10, 15 years ago,” Priori says, “when we were like, ‘Yeah, let’s make a movie-based game. We know what it is.’ That’s not what we’re doing anymore. And Kingdom Hearts III just came out not so long ago,” he adds. “So that partnership is alive and well. And so that’s where you think about, ‘Do we want long-term relationships with these best-in-class partners?’ Yes, we do. And did we talk about pushing the envelope? Yes, we did. So who knows? Like Sean said, we’re willing to hear and talk about those opportunities like that.”

Disney has since taken that formula and applied it to its manifold movie franchises, from Lucasfilm’s growing Star Wars continuity, to the wildly popular Marvel Cinematic Universe. And shows no signs of pausing. The company initiative to allow game developers more creative control has already been set in motion with four new Disney games incoming, all featuring entirely new stories front and center.

Disney’s game division is working with Ubisoft Massive on Avatar: Frontiers of Pandora, an immersive open-world set in a never-before-seen region in the Na’vi homeworld. James Cameron’s production company, Lightstorm Entertainment, will be assisting with story development. In fact, the collab is going so well, Ubisoft CEO Yves Guillemot managed to convince Shoptaw to let them headline a sandbox Star Wars game. That’s two new Disney games coming from Ubisoft Massive. The same team working on The Division will be spearheading both projects, with The Division 2 director Julian Gerighty overseeing. Snowdrop, the same engine currently running The Division 2, will be used.

Disney also struck a deal with British game publisher Rare (GoldenEye 007) to develop a cross between Pirates of the Caribbean and Sea of Thieves, featuring characters and subplots applicable to both properties. A Pirate’s Life will greatly expand on both IPs’ lore.

“I think this is authentic, creative storytelling, right? This works perfectly,” Priori gushes. “I mean, obviously there’s a lot of similarities between Pirates of the Caribbean and Sea of Thieves. But even then, there was a lot of foundational stuff from a creative perspective of how we get those characters in here, how it doesn’t break the Sea of Thieves to bring these characters in here, and how it doesn’t break the Pirates of the Caribbean stories to bring those characters in there. And so that passion worked out for this specific execution. And I think we’re open to these types of things. What’s the new creative story? What can work?”

Executive producer Joe Neate and creative director Mike Chapman impressed Shoptaw with their breadth of fan knowledge on all things Pirates of the Caribbean, which is exactly how they snagged the job. Priori remembers the meeting well. He relates: “It wasn’t just going to be, ‘Let’s put some skins in the game,’ and that kind of stuff. It was like, ‘No, we want narrative. We want story. We want to create this thing.’ And the more they talked about it, we left the meeting thinking… I knew. I’m like, ‘Wait. Mike doesn’t work at Disney. He sounds like he does.’” Disney is finally acknowledging the reality that most game developers are Disney superfans themselves, making their input infinitely more valuable than a few executives’ rigid attempts at storytelling.

Though this new philosophy toward gaming is more experimental than anything, the point, Disney’s Shoptaw adds, is to “push the boundaries” and be open, while still respecting the integrity of the source material. “I think that that’s exactly the point: we want creative ideas,” he explains. “We want to think about things that maybe haven’t been thought of before. At least ask the question, right? We can always say no. But I think asking the question and having exploratory conversations that are all creative-led, that are really about people’s passions and creative ideas to go tell and do things with these stories and characters that have never been done — we’ve got to have the conversation.”

Shoptaw, through Lucasfilm Games, most recently inked a collab with MachineGames (Wolfenstein) and Bethesda (Fallout, The Evil Within, Doom) on a brand-new Indiana Jones action-adventure featuring the famed archaeologist in his prime. Bethesda teased an Uncharted-esque new story set in October 1937 in Vatican City, Rome. The Sistine Chapel is curiously marked on a map. A hunt for another Church relic, perhaps? Expect classic Indy tropes and visuals with series megafan Todd Howard executive producing. Disney is encouraging both independent and established game developers both to let their imaginations run wild and reach out with fresh ideas of their own. Anyone capable of “doing wonders” with any Disney IP is welcome to give it a shot. “It really is about original storytelling,” Shoptaw elaborates. “And it really is about working with passionate developers and publishers that want to work with specific IP. All those points you reference with Star Wars, with Predator, with Indiana Jones, all of those deals have happened because of the passion that those people have for that particular IP and those franchises. So it’s certainly easy for us to want to engage and have those conversations when that passion exists — and obviously being a really highly competent developer or publisher helps.”

Disney really is just handing licenses left and right, and we couldn’t be more thrilled. In a Brave New World where taking risks has become substantially more enticing than following tradition, it’s a breath of fresh air to see an entertainment firm adapting to the times and the demands of a constantly evolving new audience. “I think the medium has demanded it, frankly,” Shoptaw says, in closing. “The games medium has demanded that you come with stories that are unique to this medium, and not retellings of things that might exist elsewhere. And so certainly for us on the games leadership side of things, we’ve been really, really focused on doing just that, which is empowering the best game developers and publishers in the world to tell unique stories with our IP. I think we owe that to our consumers. And certainly from a Disney perspective, we feel like that’s going to deliver the highest quality product.” 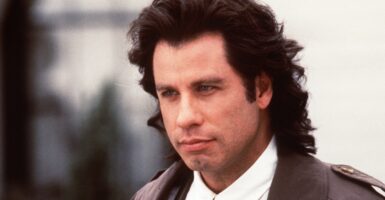