House of the Dragons star Milly Alock, who plays Rhaenyra Targaryen, appeared to be very drunk while on stage accepting the Golden Globe for Best Television Series.

Australian actress Milly Alcock may have had a little too much fun at the Golden Globes ceremony before she was called up on stage with co-star Emma D’Arcy and director Miguel Sapochnik to accept the Golden Globes Award for Best Television Series. D’Arcy, Alcock’s co-star in the Game of Thrones spin-off, House of the Dragon, supported the 22-year-old actress’s weight while Sapochnik accepted the award. Meanwhile, Alcock appeared seemingly wasted and was seen giggling, sticking her fingers in her mouth, and pointing at someone in the audience while her director gave his acceptance speech.

Now, fans of the young actress are going wild online after being delighted by Milly Alcock’s Golden Globe antics.

Many Twitter users found Milly Alcock’s actions amusing and endearing, with some even calling it “iconic.”

One Twitter user suggested that the reason Milly Alcock appeared wasted was that the actress didn’t think that her show would win, which they thought would be completely in line with the character she portrays in House of the Dragon.

Another recognized how “chaotic” the entire trio appeared—Milly Alcock seemingly drunk, Miguel Sapochnik not fully up to the dress code, and Emma D’Arcy’s heavy black eyeliner—claiming they were here for it as it was completely this user’s “energy.”

While no one can be entirely sure if Milly Alcock was, in fact, inebriated during the Golden Globes, the actress herself seemed to confirm it in an Instagram Story later that night when she posted a photo of herself on stage giggling at Sapochnik and captioning it, “Ummmm.”

House of the Dragon is a prequel to the Game of Thrones HBO television series based on the novels by George R. R. Martin. The series takes place hundreds of years before the events of Game of Thrones and features the circumstances that led up to the decline of the House Targaryen. Milly Alcock plays Princess Rhaenyra Targaryen, an ancestor of Daenerys Targaryen. The spin-off is based on Martin’s book Fire and Blood.

Milly Alcock has been acting since she was a teenager and made her debut in an episode of the romantic comedy Wonderland in 2014. Her breakout role was Meg Adams in the comedy-drama television show Upright, in which she appeared in 16 episodes. The role of Princess Rhaenyra in House of Dragon is her first international role, and her portrayal of the character won the actress her first nomination for a Critics’ Choice Television Award for Best Supporting Actress in a Drama Series.

Milly Alcock was named a rising star by the Casting Guild of Australia in 2018. The actress has proven that she is capable of performing difficult roles, as shown in this season’s House of the Dragon, where the star performed a controversial sex scene with co-star Matt Smith. Despite the controversy of the plot around this scene, Alcock has said that the scene was comfortable to film due to the professionalism and intimacy coordinator on set.

The Game of Thrones franchise is known for having graphic nudity and sex scenes, and Milly Alcock’s scene with Matt Smith was not the only one the actress filmed. A scene between Alcock and Fabien Frankel took months for the pair to film because they wanted the scene to feel more realistic than previous Game of Thrones scenes in the past. 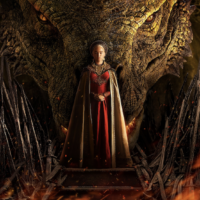