The Witcher 3 Just Got An Exciting Next-Gen Update

The next gen upgrade for The Witcher 3: Wild Hunt is coming on December 14.

The long-awaited next-gen upgrade for the acclaimed The Witcher 3: Wild Hunt, which is a current-gen upgrade at this point, will launch on December 14 this year, as announced by CD Projekt RED. We would urge CD Project RED to delay the upgrade for another year for quality assurances, but the truth is that the project was already postponed once and for nearly a whole year, and the gaming community is already becoming impatient for the PS5 and XSX/S versions of the game.

According to ComicBook.com, the update will enhance the game to utilize the current-gen console and modern PC hardware and various enhancements it’s capable of powering. The next-gen versions of The Witcher 3: Wild Hunt will have enhanced visuals, improved performance, and various technical enhancements, including ray tracing support, faster loading times on gaming consoles, and a variety of different mods integrated into The Witcher 3 gaming experience. Additionally, CD Projekt RED also confirmed the release of a new DLC based on Netflix’s The Witcher series.

The new version of The Witcher 3: Wild Hunt encompasses the previous expansion packs, Hearts of Stone and Blood and Wine, as well as all the previously downloadable content, and it will be available for free for anyone who already owns any version of The Witcher 3: Wild Hunt. The game’s Complete Edition will be available for digital purchase on various digital storefronts, with a physical release planned for a later date.

Apart from what’s already stated here, there aren’t any other details regarding the update, but CD Projekt RED will reveal additional details about the game and show new gameplay in an upcoming stream scheduled for next week. Unfortunately, the stream itself still doesn’t have a specific date, so we’re expecting an announcement at any time between now and the following eight to nine years. The Witcher franchise was recently expanded with two seasons of the same-name streaming show from Netflix, which is actually one of the rare television adaptations that’s actually worthwhile.

CD Projekt RED recently announced the expansion of The Witcher universe further with another trilogy of Witcher games spaced six years from one another, as well as a multiplayer spin-off. It was also announced that the aforementioned television series would return for a fourth season, with the third season currently in production. The third season is also Henry Cavill’s final portrayal of the iconic Geralt of Rivia. In light of Cavill’s return to the DCEU, Geralt would be portrayed by Liam Hemsworth, Thor’s younger brother.

It would seem that CD Projekt RED has massive plans for The Witcher universe, with expansions happening left and right, and why wouldn’t they? The Witcher is one of their biggest AAA franchises, with its sequel just recently announced, and considering the current state of Cyberpunk 2077, which is currently playable, expanded, and has received an animated adaptation, it’s evident that CD Projekt RED is under expansion. To what end remains to be seen, but The Witcher fandom is happy about the current expansion, as they get to experience more of their favorite fantasy universe. 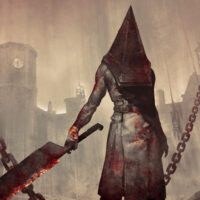 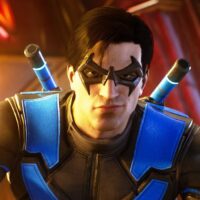 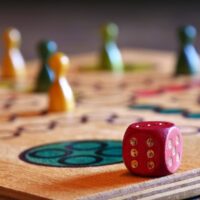