Months ago, we exclusively reported that our trusted and proven insider had learned Jameela Jamil, an actress known for her role on The Good Place, would be playing the part of the villain for Disney+’s new She-Hulk series. That report has since been confirmed by other outlets. Today, the actress is finally confirming it herself. In a new post to social media, Jameela Jamil shared a look at her training work behind the scenes as she prepared to join the Marvel Cinematic Universe.

See the photo of Jameela Jamil announcing her role for She-Hulk below.

As mentioned in the video, She-Hulk is coming to Disney+ in 2022. She will be playing Titania. Or at least, this is what is widely believed at this point. Jameela Jamil doesn’t confirm the name of her character in the post. That may be an oversight, or it may be that Marvel isn’t allowing her to talk about her character yet. Like all Marvel Cinematic Universe projects, Marvel has been forcing their actors to keep tight secrets. Actress Tatiana Maslany denied being involved in the series for a long time before it was confirmed. The show reportedly began filming for Disney+ in early April, but Jameela Jamil wasn’t confirmed as the villain for a long time.

It’s impressive to see the actress practicing fight scenes for She-Hulk. Jameela Jamil has Ehlers-Danlos Syndrome, which makes a lot of physical activities difficult. She’s talked publicly about this in recent months and shared that she has to take a lot of breaks, but doesn’t let it stop her from doing what she wants to do.

In the Marvel comics, Titania at first behaved as if she were a superhero. Her name was Mary MacPherran. She was later revealed to be a villain after a childhood of being bullied and fantasizing about revenge. Eventually, Doctor Doom gives Titania her powers, and her superhero name, and then sends her to kill She-Hulk, also known as Jennifer Walters. While Titania fights many heroes in the comics, including Avengers, Jennifer Walters is her ultimate foe.

Jameela Jamil will play the villain for Tatiana Maslany’s She-Hulk. Tatiana Maslany is probably most well known for her role on Ophan Black, where she played several characters in a show about clones. There were often scenes where she could be in a room playing four different characters at once.

While She-Hulk/Jennifer Walters, superhero and lawyer, will be taking the main stage, Mark Ruffalo’s Bruce Banner from the Marvel movies will be appearing in the Disney+ series. In the way that WandaVision was very different and unexpected as a Disney+ series for Marvel, She-Hulk is also taking an unexpected strategy. Instead of a normal hour-long superhero series, She-Hulk is going to be a half-hour show. Kevin Feige, the boss at Marvel Studios, has said that it will be a legal comedy. There are rumors we will be seeing Charlie Cox appear as Matt Murdock/Daredevil, specifically to be Matt Murdock, lawyer. We may have a long wait before Marvel allows anyone to confirm if that’s true.

At this point, She-Hulk is expected to premiere in mid-2022, though they haven’t given us a date yet. Production is expected to end over the next several weeks. 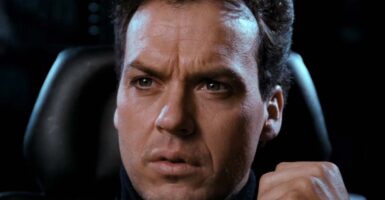 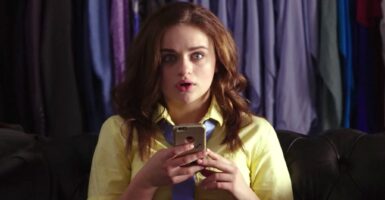