The cast and crew of Supergirl have been promising that the series finale will be a fitting end to the six-season run. Melissa Benoist herself wrote on Instagram, “I promise we’re going to make it one helluva final season.” With big things promised, it naturally led many to question what that could mean will happen. Now, We Got This Covered has heard from their sources that it will include a major death scene. (SPOLIERS AHEAD, if the rumors are true!)

According to the report from We Got This Covered, Supergirl is planning to kill off Kara Zor-El herself. Will the show actually be killing off Supergirl? What does Melissa Benoist think of that? What do fans think of that?

Melissa Benoist and the Series Finale

While Melissa Benoist hasn’t officially spoken about the possibility of killing off Kara Zor-El, there has been a lot of speculation on her thoughts already. In September of 2020, Benoist had her first child with Chris Wood. She seemed to accept the end of the series well. Many have speculated this was because she wanted to be done playing the Girl of Steel. Is that because she wants to free up her schedule to make more time to be at home with her child?

Others have speculated that she seems to want to take on new roles. Melissa Benoist has been playing the same character for several years now. Does she have ambitions to act in movies? Does she want to pursue other television roles? Many believe she is looking forward to stepping away from the Arrowverse and wants to avoid being typecast.

In either of the above scenarios, Melissa Benoist would want to close the door on any hopes she may pick up the role again. Killing off Supergirl would give fans closure and assurance that they won’t be seeing her elsewhere in the Arrowverse, like in the new Superman & Lois series.

Some believe that Melissa Benoist is actually going to take up a role in some of these new series and that the show will end with her alive and well.

When the end of the show was announced, Melissa Benoist took to Instagram. While she wrote several paragraphs, she didn’t give us many hints on how things could end for her character. About the end, she said, “I’m so excited that we get to plan our conclusion to this amazing journey, and I cannot wait for you to see what we have in store.”

How Should Supergirl End?

Kara Zor-El has been killed off before. Ending Melissa Benoist’s character arc in a self-sacrificing death wouldn’t be anything new for her character. It also wouldn’t be new to the Arrowverse. We’ve seen this before with the impactful ending for Oliver Queen in Arrow.

The question is, is it right for this show? At this time? Supergirl has been a hopeful, happy show. It’s been a show about a strong girl rising up and taking on the world. Does that message stay true with a tragic ending for her character arc? If it’s true that Melissa Benoist wants to avoid taking on the role again, is there another ending that allows the actress that freedom without such a bummer end?

The series has played with the idea of her dying several times. This means all the setup and possibilities for such an end are there. Does that make it less impactful?

In the comic series, we often see the Girl of Steel die saving the Man of Steel. While this is certainly heroic and self-sacrificing, a lot of fans are tired of seeing this happen. It certainly implies that Superman is more important than Supergirl, and this is the end of her own series. Supergirl should take center stage in her own ending.

It’s likely Melissa Benoist already knows her character’s ending. The show is currently in production. It will premiere on The CW in late 2021, which means we have a long wait to get to the end of the 20 episode season. We’ll cross our fingers it’s as good as the cast and crew promise. 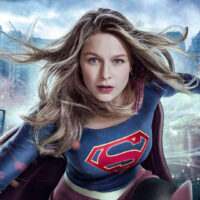 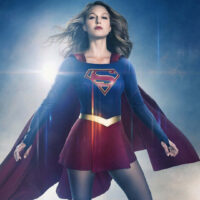 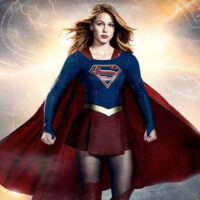