Ryan Reynolds is sure to have new ammo to throw at Hugh Jackman in their ongoing feud, and Jackman may start rethinking his decision to leave Wolverine behind for good. The star’s latest film has found all the box office success of a bad memory.

As Variety reported on Monday, Hugh Jackman’s neo-noir sci-fi thriller Reminiscence belly-flopped hard at the box office. Even compared to other pandemic-era releases, Reminiscence‘s $2 million made industry analysts cringe. Variety spoke to one such analyst, Comscore’s Paul Dergarabedian, who said he didn’t think the COVID-19 pandemic was solely to blame for the film’s poor performance, insisting that “product is the no. 1 factor.”

Most critics would likely agree with Dergarabedian. Reminiscence failed not only at the box office but with reviewers, evidenced by its 38% score on Rotten Tomatoes. One of the many critics who gave the film a thumbs down was RogerEbert.com‘s Tomris Laffy. The critic thinks director Lisa Joy shows promise, but calls the world of Reminiscence an “unpersuasive, vaguely pessimistic dystopia” whose story “wastes the collective appeal of its A-list cast” including Hugh Jackman as private investigator Nick Bannister.

Another factor in the failure of the latest Hugh Jackman vehicle is the simultaneous theatrical/streaming release, which helped to undercut the ticket sales for all of Warner Bros’ 2021 releases so far. As Variety reports, this is particularly true for films like Reminiscence which are aimed at adult audiences. Other adult-targeted films that were released both in theaters and on HBO Max suffered similarly disappointing debut numbers, including Those Who Wish Me Dead, The Little Things, and Judas and the Black Messiah; all of which succeeded in bringing in only between $2 million and $4.8 million on their opening weekends. Meanwhile, big-budget spectacles like Godzilla vs. Kong and Space Jam: A New Legacy — while still underperforming compared to pre-pandemic numbers — were both able to rake in $31 million each for their premieres, in spite of their simultaneous debuts on HBO Max.

The simultaneous release is relatively new and the industry still seems to be trying to figure out how to make it work. One interesting detail about the release of the new Hugh Jackman movie could signal it’s something of an outlier compared to what we’ve seen so far. Speaking to the Associated Press in June about the disappointing box office numbers for the film adaptation of In the Heights, Warner Bros president of domestic distribution Jeff Goldstein responded to the question of whether or not the simultaneous release was to blame. Goldstein said that the studio’s experience thus far has been that movies that hit “a high level” in theaters perform similarly on HBO Max, where the ones who meet “a low level” at the box office, likewise aren’t streamed much. Goldstein added that In the Heights‘ performance backed this up.

But from what we know, it wouldn’t seem that Reminiscence backs up Goldstein’s statement. While its debut is one of the lowest we’ve seen in 2021, Hugh Jackman’s new movie hit the #1 streaming spot on HBO Max, suggesting there’s some level of disparity between the people willing to brave the Delta variant to see the film, and those willing to stream it at home. If you’d like to check out Hugh Jackman’s Reminiscence for yourself, the film is currently in theaters and available for streaming on HBO Max. 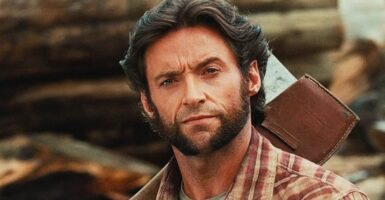 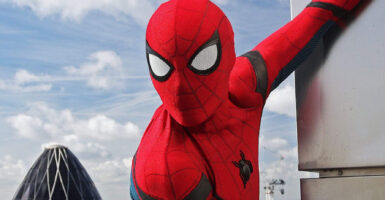