Almost four decades after the release of Indiana Jones and the Temple of Doom, Harrison Ford and Ke Huy Quan were reunited at this year’s D23 Expo. Following the chance encounter, the former child star shared the most heartwarming photos on social media. In the pictures, the actors are all smiles as they are seen sharing a warm embrace. “I love you, Indy,” the former child star wrote in a nod to his character from the film. He concluded the simple caption with, “Indiana Jones and Short Round reunited after 38 years.”

For those unfamiliar, Ke Huy Quan starred as Short Round in the 1984 Harrison Ford vehicle and was one of the most memorable characters in the film. He also appeared as Data in 1985’s The Goonies and co-starred as Jasper Kwong in the 1990s sitcom Head of the Class over two seasons. But the Indiana Jones alum stopped acting soon after due to a lack of opportunities. Instead, he went on to receive a film degree from the USC School of Cinematic Arts. In the years that followed, he found success as a stunt coordinator and assistant director.

Ke Huy Quan returned to acting in the film Everything Everywhere All at Once. He starred as Waymond Wang – a role for which he received critical acclaim. The former child star will soon be appearing in Loki‘s second season as a futuristic store owner. Unfortunately, it doesn’t seem like he will be part of Indiana Jones 5, even though he previously said that he would “absolutely” want to do another film. If he ever does land a role in the popular adventure franchise, it will have to be without Harrison Ford who is donning the iconic hat and whip for the last time.

Harrison Ford lit up the stage at the Disney fan expo, appearing with his Indiana Jones 5 co-star Phoebe Waller-Bridge. Together, the pair debuted the first trailer for the highly anticipated movie. “I am very proud to say this is fantastic,” said the actor told the excited crown via Yahoo! Entertainment. Holding back tears, the 80-year-old gave an emotional in his speech, hinting that this would be his last appearance in the classic series. “This is it,” he said, gesturing dramatically. “I will not fall down for you again!”

The footage, which hasn’t been officially released online yet, shows Harrison Ford’s retired adventurer lamenting about his return to staid academic life with Sallah (John Rhys-Davies) from Raiders of the Last Ark. “I miss the adventure,” Indy says. But he’s quickly pulled into the action with Waller-Bridge’s Helena, riding a horse through New York City. Indiana Jones naturally dons the famous fedora and wields the whip, telling a group of gunmen to “Get back” only to be shot at in a callback to a famed Raiders scene.

Plot details, including the title, for the Harrison Ford-led movie, remain a mystery for now. But we do know that it will serve as a sequel to 2008’s Kingdom of the Crystal Skull. It is also the first installment not to have a story by George Lucas or be directed by Steven Spielberg. But the project is in the capable hands of director James Mangold who worked from a script he co-wrote with Jez Butterworth and John-Henry Butterworth. 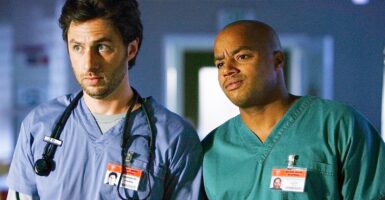 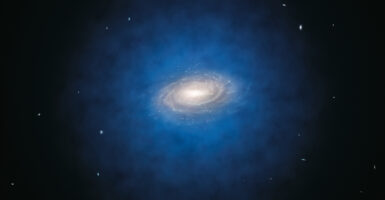 Scientists Say Our Galaxy Is Surrounded By Wall Of Dead Stars 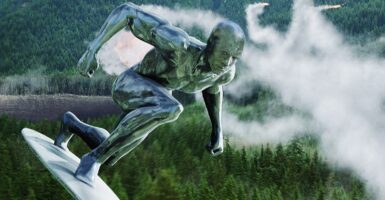