The new Goonies reboot series is going to be a shot-for-shot, but not exactly in the way you might be thinking.

Two years ago, the creator of The Bold Type Sarah Watson developed a Goonies series that focused on three students, their substitute teacher, and their quest to create a shot-for-shot remake of the Richard Donner classic. The intriguing story angle was initially in development at Fox. But the network ultimately scrapped the project, calling it a poor fit for their more adult audience. Fortunately, it was scooped up by Disney+ which is now redeveloping the series exclusively for its streaming platform.

Under the official title Our Time, the previously untitled project has also brought back the Donner Company and Steven Spielberg’s Amblin TV to finally bring Watson’s idea to life. Now, the producer for the Goonies-based series, Gail Berman has provided some insight into what inspired the uniquely stylized show. She explained how a group of young boys doing a shot-for-shot remake of Raiders of the Lost Ark ruffled some feathers at Paramount Pictures. “I thought it was an amazing idea, and it always stood in my head,” Berman told Variety.

Since then, the producer always wanted to take the idea like that and turn it into a TV series. She just needed to figure out how. Knowing that they needed a terrific writer and great partners, Berman took the idea to Amblin and they loved it. With Sarah Watson as creator, the Goonies series tells the story of a town and a family in the style of Friday Night Lights. And within that context, they chronicle a shot-by-shot remake of The Goonies movie. Brenner also explained how they had to ask Warner Bros for creative rights. “They said yes, obviously, because of Mr. Spielberg and the Donners,” she added.

The new Goonies series is one of the many proposed expansions of the original franchise. A sequel movie has been confirmed and denied many times over the years by the original cast and crew. In the early 2000s Donner had a story he liked, but in 2004 several actors from the film revealed that the studio had shown no interest in the project. Rumors of adaptations and sequels in other media took off in 2007. This included a comic-book miniseries, an animated television series, and a musical adaptation of the film.

Released in 1985, The Goonies followed a group of kids who live in the “Goon Docks” neighborhood of Astoria, Oregon. As they attempt to save their homes from foreclosure, the group discovers an old treasure map that takes them on an adventure to unearth the long-lost fortune of a legendary 17th-century pirate named One-Eyed Willy. During their journey, they are chased by a family of criminals who want the treasure for themselves. Hopefully, the Goonies series will capture the same spirit.

The movie was co-produced and directed by Richard Donner from a screenplay by Chris Columbus, based on a story by Steven Spielberg. The film raked in $125 million at the global box office on a budget of just $19 million. It has since become a cult classic. Fans can tune in to HBO Max to catch up on the exciting adventure before the Goonies series makes its debut on Disney+. 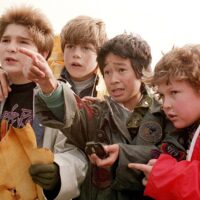 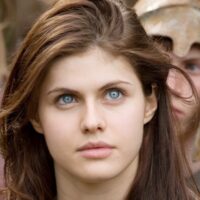