Ms Marvel premiered on the Disney+ streaming service just a few weeks ago on June 8, immediately breaking new ground by starring the first Muslim superhero in the Marvel Cinematic Universe with Kamala Khan as its lead character. The show has been praised for newcomer ​​Iman Vellani’s portrayal of the Pakistani-American youth experience, and it turns out that people like her and the series a whole lot. As of right now, Ms Marvel has broken a Disney+ record by being the highest-rated MCU and Lucasfilm series on the platform ever.

To break it down by numbers, Ms Marvel currently holds a near-perfect 96% score on Rotten Tomatoes. By comparison, the next highest-rated MCU or Lucasfilm project is the animated series What If…? at 94%, closely followed by The Mandalorian, both seasons of which hold a solid 93%. After that, we drop down to Loki and Hawkeye, each at 92% and so it goes from there. We will allow the slight caveat that season seven of Star Wars: The Clone Wars has a perfect 100%, but that series began as a Cartoon Network show and was ported over to Disney+ and we are talking original series here. As of right now, Ms Marvel is at the top of the hill and holding strong through its planned six-episode run.

It is very interesting to note that while Ms Marvel is currently the highest-rated Disney+ series from Marvel Studios or Lucasfilm, its debut episode was also the lowest viewed of any of those original series. There often can be a disparity between a Critics score and an Audience one on Rotten Tomatoes (for example, Ms Marvel’s Critic 96% is offset by an 83% audience), but it is notable that a show that began so little-watched is also getting great reviews. Possibly this could be blamed on viewer fatigue after the bombardment of new MCU content on Disney+. Possibly introducing an entirely new character via a solo series did not engage the number of viewers as, say, What If… ? or maybe even the distinctly teen-oriented style and plot of Ms Marvel just did not hit all the same quadrants.

But one thing is for certain: Ms Marvel and Iman Vellani are going to be around in the Marvel Cinematic Universe for the foreseeable future. The character has already been announced to co-star with Brie Larson’s Captain Marvel and Teyonah Parris’ Monica Rambeau in the upcoming film The Marvels and it was been suggested that Ms Marvel might be positioned to succeed Larson as the central Marvel-themed character. The Disney+ MCU shows have had a trend to be replacing legacy superheroes with new, younger iterations of the character, like Kate Bishop as Hawkeye, Florence Pugh as Black Widow, and Tatiana Maslany as She-Hulk. Throw in a Multiveral Captain Carter (Hayley Atwell), the upcoming Riri Williams Ironheart, and Natalie Portman’s Mighty Thor, we potentially could have an all-female Avengers on our hands. But for now, it seems like Ms Marvel has pretty much all the critics in her own hands. 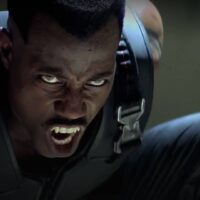 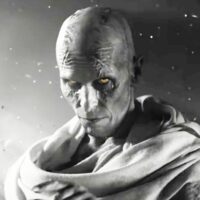 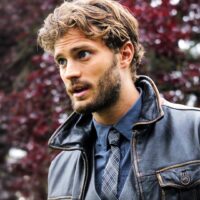