Madame Web, the Spider-Man spin-off film with no Spider-Men, has just snagged another star. Celeste O’Connor, who recently starred in Ghostbusters: Afterlife as Lucky Domingo, has been confirmed to be starring in the upcoming Sony Pictures film. Per Variety, O’Connor has been cast in an undisclosed role in Madame Web. Details about the Spider-Man spinoff film have been scarce since it was announced to be in development. Just recently, Sony Pictures went so far as to admit that the movie would be an origin story for the comic book character, which is helpful, but still not a lot to go on.

Sony Pictures has been increasingly working to develop its roster of comic book movies to rival Disney’s dominant Marvel Cinematic Universe and its main competition, Warner Bros.’ DCEU. Madame Web is just one of several projects Sony is working to produce based on its hyperspecific rights to make movies using all of Spider-Man’s mythos, but not actually Peter Parker himself. The first of these, Tom Hardy’s Venom, was surprisingly successful enough to greenlit the sequel Venom: Let There Be Carnage. However, the Jared Leto-starring Morbius did not do nearly as well at the box office or with critics. Next up on the docket is the Kraven movie, which will star Aaron Taylor-Johnson as the titular hunter and Russell Crowe in an unknown role.

It feels likely that the success or failure of Kraven will be a bellwether for Madame Web. Sony Pictures has a lot riding on the idea that audiences will buy tickets for comic book adaptations that are only peripherally involved with one of the most popular and famous superheroes in the world. Venom at least had the name recognition of one of the bigger breakout characters of the 1990s (as well as a morbid fascination for whatever weird voices Tom Hardy decides to use in a movie), but Madame Web is a comparatively obscure property.

However, it does seem that Sony Pictures is increasingly working with Marvel Studios to create links between the two cinematic universes. Both Venom: Let There Be Carnage and Spider-Man: No Way Home featured appearances from the traditional nemeses, while the mid- and post-credits scenes of Morbius featured Michael Keaton in what seemed to be a very confusing run-up to a Sinister Six formation. It will be interesting to see if Madame Web and Kraven continue these crossovers; maybe someone in the latter will point out that Russell Crowe’s character has a striking resemblance to a certain Greek father of gods.

The cinematic Madame Web will be portrayed by Dakota Johnson, which implies that the character will likely be a bit different than in Marvel Comics. In normal Marvel continuity, Madame Web is an elderly, paralyzed woman suffering from a chronic autoimmune disorder that requires a constant life support system. She is also traditionally portrayed as a mutant with psychic abilities, which (as Sony does not have rights to Marvel mutant characters) also presumably will require some changes. Euphoria star Sydney Sweeney is set to co-star. Madame Web is currently scheduled to be released on July 7, 2023. 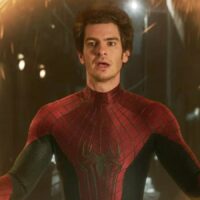