A Sims 4 update will soon feature a profanity filter to weed out NSFW gallery content.

Months after adding legendary monsters and customizable pronouns to The Sims 4 game, Maxis announced the removal of some of the game’s more controversial content. Namely, The Sims 4 has a thriving community of creatives that like sharing their custom content, like characters, rooms, and homes, through The Sims 4 gallery. However, some of those creations fall under the NSFW category, and both EA and Maxis are now updating their profanity filters.

To be entirely honest, it was about time this implementation took place. As Kotaku stated, humans have drawn phallic objects (body parts) on stuff ever since cavemen discovered how to use pigments, and The Sims 4 gallery was not an exception. Luckily, both the developer and publisher of The Sims franchise took note of this and made critical updates to the profanity filter to make the game’s content gallery safer for kids to browse. Both companies have stated that they won’t stop removing questionable content, as well as removing any repeat offenders.

It’s worth noting that this issue of NSFW content within The Sims 4 has existed for quite some time, and players have been repainting various textures to create NSFW imagery on the game’s pre-existing textures, making them available for everyone. So, it’s unclear why both EA and Maxis have decided to act now. Was it triggered by an isolated incident or a series of incidents, and did it have any legal ramifications against the companies which had previously sanctioned such content through inaction?

The good thing is that EA and Maxis have no intention of letting this go, and banning repeat offenders does make for a safer gaming environment for the young ones and those sensitive to such content. Unfortunately, the companies haven’t disclosed just how the profanity filter has been updated, but those opposing NSFW content don’t really care anyway, as long as the filter works. It’s likely that uploading NSFW content will be more difficult for the naughtier creators out there, and EA even encourages players to help the company police content by flagging unsavory The Sims 4 content for removal.

And while this is likely to land as a built-in implementation in the next The Sims game, it’s hardly the first crackdown at NSFW content in gaming history. Pretty much every game had issues with profanity and unsavory content. Even Tomb Raider 2 was modded to make Lara Croft, with all her 300 polygons (approximation), appear nude, and the trend has continued ever since. This is, unfortunately, also true for children’s games, especially MMOs — which have become the breeding grounds for predators, replacing the likes of social media.

The Sims 4 had some whacky updates followed by even crazier bugs, like the super-aging bug, which saw toddlers become elders in a matter of minutes, and whims that wished for inappropriate relationships between teenagers or siblings. These were fixed rather quickly, as one might imagine, but not before catching the wider attention of the public. So, the time of naughty content for The Sims 4 has finally come to an end, and the game has finally become a safe environment for younger players. 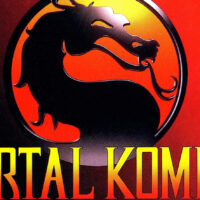 Steam Has Achieved A Massive Milestone 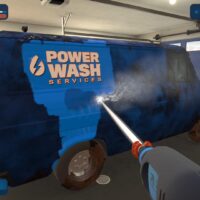