Electronic Arts The Sims 4, the world’s best-known sim video game, has added an important feature to the gameplay — customizable pronoun choices. This is the latest step by the game’s developer, Maxis, towards inclusivity, allowing gamers to see themselves in their Sims. This feature was previously announced in January and has become available in the English version of the game, with other languages soon to follow.

According to Polygon, players will now be able to choose their pronouns while creating their Sim in The Sims 4’s Create-a-Sim editor or, given the intricacies of English grammar, create their own pronouns with a bit of work. Considering that the game used to choose the pronunciation based on the gender choice of the respective Sim, players that choose the latter option will have to manually enter subjective, objective, possessive, and reflexive forms of their pronouns. The game developers also made their game more life-like with their previous updates.

This long-awaited feature does have a small downside since it requires players to revisit their school-age conjugation lessons. Luckily, Electronic Arts and Maxis thought of this and have an in-game guide included with example sentences for reference. We’d like to point out that The Sims 4 comes in 18 different languages, including Chinese, Japanese, Korean, Finnish, and Polish, which have some of the most complex grammar rules in linguistics.

Considering that Electronic Arts promised to implement the newly added feature to non-English versions of the game, it will be interesting to see the fandom’s reaction, especially when it comes to Polish, which is notorious for its overly complex gender pronunciation system. Regardless of how exactly EA plans to address this, The Sims 4 will automatically input those pronouns for respective Sims during gameplay, finally ending the misgendering in The Sims 4 gameplay.

Players were previously able to choose either female or male gender during character creation in The Sims 4. However, the game’s extensive customization options allowed players to be more flexible with gender, like choosing whether a Sim prefers masculine or feminine clothing, sitting while using the toilet, or becoming pregnant. It’s worth noting that male Sims could previously get pregnant in-game, but only through alien abductions, which resulted in them having an alien baby.

These options date back to 2016 (the alien pregnancy dates even before that) and were pretty important to gender-diverse players. Unfortunately, players that created Sims that didn’t belong to binary genders had their Sim misgendered during gameplay on a constant basis. For those that aren’t acquainted with The Sims 4, the game has pop-up messages similar to notifications, which offer tutorials and provide valuable information about Sims, their state, work performance, etc.

The pronouns used in those pop-ups are based on the Sim’s gender, so those who want their Sims to conform to non-binary gender pronouns had their Sim misgendered all throughout the gameplay. However, with this new update, the players will be able to adjust said pronouns and have those changes reflected throughout the game. We suspect that some things will remain strictly binary-gender-based, but those will be subject to change as well when the time comes.

It’s pretty nice seeing Electronic Arts working hard and making the game more inclusive towards all genders, not just the traditional ones. In the end, this isn’t all that surprising, considering that The Sims 4 is one of the company’s largest profit drivers, so it’s highly unlikely they’ll ever let it go south and turn into free-to-play just to retain player count 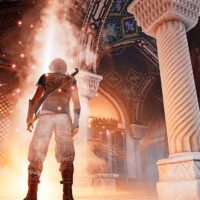