An Incredibly Controversial Political Horror Film Is Streaming For Free

One of the most controversial political movies of the 2020s is now streaming for free, and we hunted it down.

Controversy is everywhere. A famous actress can literally not gain or lose weight without it becoming a Twitter controversy. An animated movie for children cannot have a romantic moment without some theaters attempting to make their own edits. Even artificial intelligences are lawyering up. Sometimes, a particular movie can briefly break out and become a hot button topic, if just for a little while. That is exactly what happened with the 2020 political horror thriller The Hunt, which happens to be streaming for free on Amazon Prime Video’s FreeVee service. Let’s get into it.

The Hunt has a premise that is simultaneously one of Hollywood’s most beloved and so toxic that the film struggled to be released. In essence, the movie is yet another iteration of The Most Dangerous Game, the 1924 short story by Richard Connell in which a big-game hunter finds himself being hunted by a mysterious aristocrat on an isolated island. The 1932 Irving Pichel and Ernest B. Schoedsack adaptation of the story is a classic of early cinema. The fundamental idea of the elite hunting the downtrodden for sport has been redone with Ice-T fighting Rutger Hauer, Jean-Claude Van Damme being rescued by Wilford Brimley on horseback, and John Leguizamo being hunted by the principal from Ferris Bueller’s Day Off. In short, this idea has some legs. The Hunt’s take on the idea is: what if rich American progressives hunted working-class conservatives?

As directed by Craig Zobel, The Hunt frequently tiptoes to the edge of being a very dark comedy, but never quite gets there. The movie opens with a text thread, the most cinematic of visuals, that eventually refers to hunting “deplorables,” the infamous term used by presidential candidate Hillary Clinton in a 2016 speech that was quickly seized as a talking point by her opponent Donald Trump’s campaign. The action swiftly moves to the cabin of a private jet, where It’s Always Sunny in Philadelphia’s passive-aggressively talks down to a flight attendant while turning down caviar because he “had caviar last night.” Then a confused, blue-collar-looking man bursts into the cabin only for Hilary Swank to kill him by stabbing him through the eye with a stiletto heel. The violence and social commentary will remain at about that level for the rest of the movie.

It becomes quickly clear that a group of lower-income individuals coded as being politically conservative have been abducted and are being hunted by a group coded as being fancy, champagne-drinking progressives. In one of The Hunt’s more clever moves, the film repeatedly centers on a number of different characters as the apparent protagonist (including Arrow’s Justin Hartley, American Horror Story’s Emma Roberts, and The Afterparty’s Ike Barinholtz), only to see them get suddenly and gorily killed. Betty Gilpin eventually takes the lead as a steely, mostly silent badass, and then The Hunt attempts to get more nuanced.

In many ways, The Hunt cannot seem to decide whether it is a movie in which sneering coastal elites argue about whether it is okay to say Black or African-American immediately after murdering two people or if it is a movie that wants to comment on cancel culture, privilege, and class division. It certainly does not help that while the progressives are generally portrayed as over-the-top visions of liberals (to the point of not being able to stop spouting rhetoric even when it obviously means their gory death), the conservative characters do not seem to have any political or social views, except a conspiracy-minded podcaster played by Ethan Suplee.

Conceptually, The Hunt is not a bad spin on a classic. Most adaptations of The Most Dangerous Game have some element of class differences and economics built into it, but The Hunt turns it up to 11. Regrettably, it seems to feel that is enough to turn both progressive and conservative characters into cartoons and set them against each other. As we wrote in our initial review of the movie, there is nothing specifically wrong with caricature being used in the pursuit of satire. However, The Hunt is simply not a particularly successful satire. Director Craig Zobel claimed in interviews that he did not intend for the movie to be controversial, which is pretty rich; if the very idea of people of different political orientations murdering each other was not controversial, there would be no point in making a story about it. But, then again, The Hunt never seems exactly clear what it wants to say and maybe that just proves it. 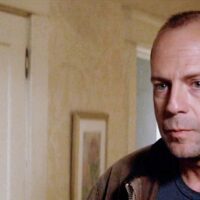 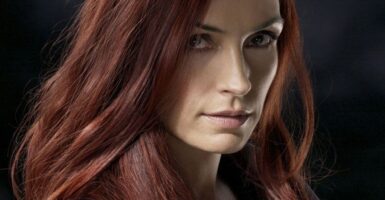