To infinity and beyond doesn’t seem to apply in Oklahoma. While Disney watched closely the performance of their new release, Lightyear, they discovered the lengths to which opposition to their creative decisions will go in the Midwest. In protest to one primary contention conservative audiences have about the film, one theater tried to censor it.

As reported by Variety, the 89er Theater in the small town of Kingfisher, Oklahoma, decided its patrons needed a warning about a particularly scene in the Lightyear. Audience members were shown the message, “Attention Parents: The management of this theatre discovered after booking ‘Lightyear’ that there is a same-sex kissing scene within the first 30 minutes of the Pixar movie. We will do all we can to fast-forward through that scene, but it might not be exact,” the warning said. Patrons of the theater rallied, calling the sign insulting, cruel, or bigoted. While others claimed they would never see a movie there again.

This is, by far, not the beginning or the end of the controversy for the newest film from Pixar. Long before Lightyear’s release, rumors surfaced of a same-sex kiss taking place on the screen. Disney removed the kiss and then replaced it. Swirling around all of this was the commentary from culture warriors on both sides of the aisle. The left side of the aisle celebrated this as a long-awaited moment of inclusion from Disney. The opposition claimed this was a symbol of America’s moral collapse.

Lightyear is the movie young Andy saw before getting the Buzz Lightyear toy for his birthday. This is the event that kicked off Toy Story 30 years ago. During the film, Buzz’s fellow space ranger develops a relationship with another person from their crew. The relationship showed a brief kiss between the same-sex couple, which has proven to be a bone of contention among some critics.

According to NBC News, Alex Wade of Oklahomans for Equality slammed the theater. He said he can’t be surprised that it happened in Oklahoma, but he is disheartened that the young LBGTQ community was made to feel as if something is wrong with them. He went on to talk about how censoring the kiss continues a stereotype. Any kind of same-sex kiss is oversexualized while heterosexual kisses are made to feel normal. He expressed that no matter how innocent it is, any kind of same-sex intimacy is viewed as explicit.

While many conservatives believe the problems with the film are not limited to one single kiss but a symbol of the systematic sexualization of children, the attempt to censor this scene sends a different message. Others have also pointed to the replacement of decades-long Buzz Lightyear, Tim Allen, with Chris Evans is also the problem. Tim Allen has routinely come under fire for his conservative views. Therefore his replacement with Disney veteran Chris Evans (Captain America in the Disney/Marvel MCU) is an example of cancel culture.

The problems for Lightyear didn’t end in the small Oklahoma town. It is banned in many Muslim countries due to the inclusionary scene, and an elementary school in Ontario also canceled a screening. Disney hasn’t kept their hands clean in this controversy either, as an article in Forbes chronicles the many attempts executives at Disney made to remove or tone down the scene before it was even released. All this proves is that for one brief scene to cause this much commotion, and maybe even a box-office flop, we still have a long way to go on tolerance and inclusion. 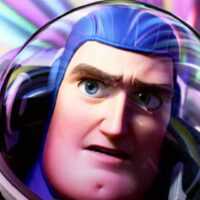 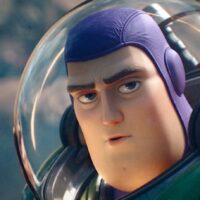