There is a subscription service that fans can sign up for and take classes with some of the biggest creators out there, and now the Stranger Things creators have joined.

Stranger Things has become a monumental hit for Netflix. So much so, that it leaped into the #2 spot of the most viewed shows in the history of the streaming platform. Although the fourth season was not mighty enough to take down Squid Game, it still pulled in nearly a billion hours of viewership. Now, the Duffer Brothers, creators of the series are going to be teaching everyone how they went about making this show. The pair have officially joined MasterClass, which is an online subscription-based service that allows patrons to get up close and personal with some of the best creators in film and television.

What makes this MasterClass that much more special with the Duffer Brothers, is they are going to be going through some deep structuring that took place during the creation of Stranger Things. Fans will get to see some previously never before seen documents that showcase initial brainstorms and plot outlines. That is huge for those who have been inspired by this series. The Duffer Brothers will also be going through discussing how to develop ideas, plan narrative arcs, and create unforgettable characters via their class description. That is huge considering their show has been one of the most successful in terms of audience reception. Well, numbers too, as previously mentioned the fourth season has nearly netted a billion hours in viewership. According to Matt Duffer, “Our class is for anyone who dreams of telling stories for a living.”

The MasterClass program is a bit pricey, as a year costs $180. However, being able to see how the Duffer Brothers created Stranger Things from the beginning is going to be priceless. We would surely love to see how the Duffer Brothers combined what seems like their love for D&D into a massively successful narrative journey. The pair have had a stellar career that started with their time at Chapman University’s Dodge College of Film and Media Arts in Orange County, Calif. They went on to write a horror film called Hidden, which led M. Night Shyamalan to hire them to script episodes of Wayward Pines. This led to the creation of Stranger Things. All this information is likely to be shared within their class, but more about how they altered their work to finally be picked up by Netflix when 12 other studios shot them down.

MasterClass features huge giants of the creative industry including James Cameron, Shonda Rhimes, Ken Burns, Jodie Foster, Spike Lee, Martin Scorsese, Nas, Gordon Ramsay, Bob Iger, plus many more. Fans can pay the subscription fees to see how everyone has gone about their own creation. Now, the Duffer Brothers can show everyone intimate details about how they created Stranger Things.

Stranger Things Season 4 Vol. 2 is set to debut tomorrow on Netflix, and the classes are already available to take on MasterClass. That is some great marketing. For anyone who has ever wanted to get into writing for film and TV, this is likely a huge chance to see how it is done via a highly successful pair of brothers. The Duffer Brothers class will feature 18 video lessons, totaling 5 hours and 18 minutes of instruction. If you’re a fan of the pair, go take this opportunity. 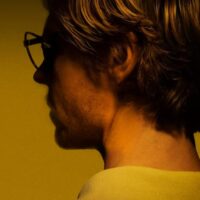