Stranger Things Season 4 Vol 2 is on its way and Netflix has deigned to drop us a trailer to optimize excitement. The first section of the fourth season of the breakout science fiction series introduced us to a new Big Bad in the form of Vecna, a disturbing, inhuman-seeming inhabitant of the Upside Down and he is back to make trouble for those rascally Hawkins kids. The final two episodes of the season promise to keep the supernatural thrills coming, as we get flashes of the whole regular cast dealing with Demogorgons, Demodogs, and Matthew Modine. We also get a quick shot of Brett Gelman’s Murrary Bauman with a flamethrower, so you know Stranger Things Season 4 Vol 2 is going to be a lot of fun. Check it out:

However fun Stranger Things Season 4 Vol 2 promises to be, the trailer for the upcoming episodes lays on the forebodingness pretty heavy. A voiceover narration talks a lot of business about our heroes not being ready for what is ahead, which is a whole lot of Vecna’s burned face looking scary. The previous section of the season that has already been released hinted at some potential explanations as to the true nature and origin of the dark parallel dimension known as the Upside Down, but it does still seem like Vecna is pretty in charge of things there. We see a lot more floating clocks and timepieces (which were one of the most effective images of the first half of the season) and the bloody red sky in the Upside Down, which is still pretty terrifying.

The trailer for Stranger Things Season 4 Vol 2 also makes good use of Kate Bush’s epic song “Running Up That Hill,” which was also heavily featured in the first half of the season. In that batch of episodes, Sadie Sink’s character Max is forced to repeatedly listen to the (very good) Hounds of Love track as a way to block Vecna’s power, which is a pretty good use of Kate Bush. It also enormously boosted the real-life profile of the song, causing the 1985 track to unexpectedly chart in a number of countries and eliciting a statement from the legendarily private Kate Bush herself.

However, one thing the trailer for Stranger Things Season 4 Vol 2 does not do is give us more insight as to what will be happening in these reportedly movie-length two episodes. When we last left Hawkins, Indiana, Millie Bobby Brown’s Eleven was learning to reuse her psychic abilities after burning them out fighting the Soul Flayer in season 3 and doing some careful bonding with the silver-haired Doctor Martin Brenner. Along the way, we found out that Sheriff Jim Hopper (David Harbour) has been kept captive in Russia, who have their own pet Demogorgon somehow. We also saw the inhabitants of Hawkins beginning to succumb to violent mob mentality and very 1980s Satanic panic, neither of which spells good things for our heroes. But we will have to wait for Stranger Things Season 4 Vol 2 episodes to be released on July 1 to find out for sure. 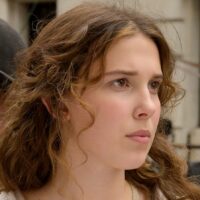