The Chronicles of Riddick series has always been a passion project for star Vin Diesel. It was the first movie in the franchise, Pitch Black, that really put Diesel on that map. Unfortunately, though there were two subsequent movies, none of them really did quite as well with audiences and critics as the first, low-budget indie movie. But that doesn’t mean Vin Diesel’s passion for the character and for the stories told in that universe has abated. He’s as in love with playing Richard B. Riddick as ever and Vin’s pushing forward on another Riddick movie called Riddick 4: Furya.

It was back in July of 2019 that Diesel first let everyone know Riddick 4: Furya was coming when he dropped this photo of a first draft of the script on Instagram…

On November 30th Vin posted another update in which he listed Riddick 4 as one of his next projects, confirming that it was still a thing…

And now they’ve taken another step and it seems like the script which we saw an early draft of back in 2019 is finished. Vin Diesel revealed it in the following Instagram video…

While it wasn’t clear for a while, we now know that David Twohy wrote the script for Riddick 4. He wrote the previous three Riddick movies and also directed them.

So far we know that director David Twohy will be back to helm Riddick 4. Twohy hasn’t really directed much but Riddick movies, since he gained notoriety with Pitch Black. At one point he did direct the highly underrated submarine horror movie Below, but that’s really his only other noteworthy credit (side note: you should really see Below).

Universal Pictures is expected to distribute Riddick 4. They’ve distributed all the previous movies which, while they didn’t actually make a lot of money at the box office, have been relatively cheap. The one exception to that low-cost rule was the second film, The Chronicles of Riddick. There they spent a ton on special effects in an attempt to create a box office smashing franchise. That didn’t work out and they’ve since learned to scale things back. Expect that low-cost low-risk pattern to continue with Riddick 4: Furya.

The Plot Of Riddick 4: Furya

No plot details have been leaked yet. Based on where the 2013 Riddick movie ended the door is open for the next film to go pretty much anywhere. That film saw Riddick surviving another set of impossible circumstances before heading off into deep space. Really they can do anything and go anywhere for Riddick 4: Furya. We’ll update this space with more details as we get them.

As soon as we get a clear picture on a Riddick 4 release date, we’ll update this page with one. Vin Diesel shared in June 2021 that the movie is going to film in Australia, which makes it sound like it could happen at any time. A year prior in July 2020, writer and director David Twohy shared that he believed filming would begin in 2021. However, it’s fair to say that in 2020 when Twohy said that, it wasn’t clear how pandemic delays may affect things. If production picks up soon, a 2023 release may be very possible. 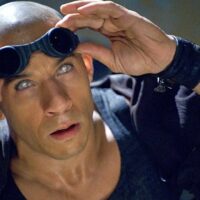