The topsy turvy, wildly entertaining and financially solid movie franchise we have come to enjoy called Fast & Furious (initially called The Fast and the Furious) is getting ready to showcase Fast & Furious 9. It’s amazing when you think about it, all the ups and downs, the sad death of series star Paul Walker, the back and forth snipping between the franchises biggest stars (Vin Diesel and Dwayne Johnson) that the Fast & Furious franchise has been able to survive through nine movies.

What do we know about Fast & Furious 9? How many of its stars are coming back? We know nine won’t be the last one, but will ten? Here’s everything we know about the plan for F9.

The F9 team has released a series of character posters for the movie. John Cena in particular looks totally jacked in his. Check them out…

The release of the first Fast & Furious 9 poster revealed that Han is still alive. And now that we know he’s still alive, they can work him into the promotional materials. So here’s his poster, which promises #justiceforhan.

Leading the way into Fast & Furious 9 is franchise star Vin Diesel in his seventh outing as bad guy turned good guy turned bad guy turned good guy Dominic “Dom” Toretto. After sitting out the second and third installments with only a cameo in the fourth, Diesel has starred in the last five Fast & Furious movies (including the upcoming F9). His character has been through many ups and downs but seems to be settling in on the home life with family. The movie is titled F9, so we’ll see how long his peace lasts.

Michelle Rodriguez is back for more Fast & Furious action as Letty Toretto, wife of Dom and mother to toddler Brian, named after Paul Walker’s character. This is Rodriguez’s seventh appearance in the franchise, one that saw her character come back from the dead after an explosion.

Rodriguez’s return in Fast & Furious 9 comes on the heels of a public flogging of the franchise’s producers for not giving the women in the series more action. Per her Instagram post she had this to say, “F8 is out digitally today, I hope they decide to show some love to the women of the franchise on the next one. Or I just might have to say goodbye to a loved franchise. It’s been a good ride & I’m grateful for the opportunity the fans & studio have provided over the years… One Love.”

Jordana Brewster has had an on again, off again relationship with the Fast Saga and after her off again in the last two installments, she is on again with Fast & Furious 9. In the series she portrays Diesel’s sister, who had forged a relationship with Walker’s Brian O’Conner. Upon Walker’s passing, it is unsure how Brewster is going to be brought back into the series for F9, so anticipation is high.

Tyrese Gibson and Chris “Ludacris” Bridges both return. Gibson made his first appearance in the Fast Saga’s second entry to help fill in upon Diesel’s absence. Since that time, he has show up on five other occasions, Fast & Furious 9 being the fifth. Meanwhile Ludacris is on board for his sixth time. Again, like Gibson, Ludacris came on board for 2 Fast 2 Furious to help fill in for Diesel’s absence.

Nathalie Emmanuel first appeared in the franchise’s seventh film, Furious 7, came back for The Fate of the Furious and now will appear in Fast & Furious 9. Her character is known for her hacktivism, someone who uses technology to promote a political agenda.

Despite the fact that everyone thought his character was dead, Sung Kang returns in F9 as Han. He shows up in the trailer and his attitude suggests that him being dead wasn’t such a big deal and he’s doing well.

Helen Mirren was first introduced in The Fate of the Furious playing Magdalene Shaw. She is a criminal mastermind, portraying the same character in the Fast & Furious spin-off Hobbs and Shaw. Her character is the mother of Fast & Furious/Hobbs & Shaw character Deckard Shaw.

Charlize Theron made her Fast & Furious debut in the last film playing the big baddie, Cipher. In it, she coerces Dom into working with her on the wrong side of the law. Her escape in this film sets her up nicely to return for Fast & Furious 9.

NEW ADDITIONS TO THE FAST SAGA

John Cena is set to star as Dom’s brother. His character is described as a “badass” which basically describes everyone in the cast. The trailer indicates that Charlize Theron’s Cipher character has hired Cena to kill his own brother and Cena seems totally into the idea.

Also new to the Fast & Furious team is Michael Rooker (The Walking Dead, Guardians of the Galaxy). All we know about this is that his character is called Buddy.

STARS LEFT OUT OF FAST & FURIOUS 9

We all know how big movie franchises love to keep their secrets. When it comes to casting and plot, movie studios are notoriously tight-lipped. It’s common for actors to only get bits and pieces of a script so they won’t be giving away any movie details. So the lack of information about Fast & Furious 9 is understandable. Frustrating, but understandable.

Kurt Russell’s Mr. Nobody was a surprisingly fun character introduced in the seventh Fast & Furious, taking a semi-bad Dom and turning him to the good. His character returned in the eight film but it is unknown if he will be seen in F9. With the planned spin-offs, don’t be surprised to see him in some capacity.

Another great character introduced in the eight Fast movie was Scott Eastwood (son of movie legend Clint Eastwood) as Little Nobody. He played a law enforcement agent who worked under Russell’s Mr. Nobody. Again, with spin-offs in mind, we just may see more development of Little Nobody who could carry this franchise into another direction, but so far he’s not known to be in the Fast & Furious 9 cast.

Jason Statham’s Deckard Shaw does not appear to be in F9. Even though his mother, Magdalene, will appear, it looks like the feature film Hobbs & Shaw has taken Statham away from Fast & Furious 9. Never say never though.

And finally, Dwayne Johnson’s Hobbs also does not appear to be involved with this Fast & Furious 9. After appearing in the franchises last four films, then jumping over to Hobbs & Shaw, Johnson’s absence from this F9 at first appeared to be the result of an on-going feud between the two megastars, Johnson and Diesel.

The Rock joined the Fast Saga on its fifth film. His character, as was hoped and expected, was larger than life and a big hit so he was included on the three films that followed.

But it was on the set of the last, The Fate of the Furious, where things got really dicey between Johnson and Diesel. So dicey that the two did not film one scene of the movie together. In a candid Rolling Stone interview, Johnson confirms this. “That is correct,” confirms Johnson. “We were not in any scenes together.”

In fact, things got so rough that Johnson aired his dirty laundry on an Instagram post tearing up co-stars who failed to “conduct themselves as stand-up men and true professionals” and were “too chickenshit to do anything about it. . . Candyasses.” It was quickly apparent that the “co-star” in question was Diesel.

It finally came down to a face-to-face Johnson felt he needed to have with Diesel in his trailer. “Vin and I had a few discussions, including an important face-to-face in my trailer,” he says. “And what I came to realize is that we have a fundamental difference in philosophies on how we approach movie-making and collaborating. It took me some time, but I’m grateful for that clarity. Whether we work together again or not.”

Now The Rock isn’t in F9 and while he and Diesel might cite “scheduling conflicts” as the reason, given their history there’s probably more to it than that.

DIESEL AND THE ROCK REUNITING

Thankfully for Fast & Furious fans, there is a silver lining. While Johnson may not be part of F9 (though we all know how he loves a good cameo) Johnson recently posted a great Instagram video and at the :44 second mark begins to speak of and to Vin Diesel. Check out the video below.

THE MAN IN CHARGE OF FAST & FURIOUS 9

Back in the directors’ chair for the fifth time in the series is Justin Lin. He came on for the second film and went on to direct four in a row. He took a break to move on to other projects but is back to continue the adventures of Dom and his crew with Fast & Furious 9.

THE PLOT OF F9

Where the Fast Saga left off may not be where the series is headed. What started as an illegal car racing series has slowly morphed into more of an action spy franchise. We know Theron’s Cipher made her getaway; we know that Mr. Nobody was the one who delivered that news to Dom. We also know that Shaw showed up with baby Brian and handed him over to Dom and Letty.

From the trailer it looks like Charlize Theron’s Cipher has hired Dom’s brother, played by John Cena, to kill him. Where we go from there is anyone’s guess but definitely expect Dom and Cipher to cross paths again in Fast & Furious 9.

You won’t have to wait too much longer for another exciting entry into the Fast & Furious franchise as it is set to premiere on May 22, 2020.

THE FUTURE OF THE FAST SAGA

Fast & Furious 10 is almost guaranteed at this point and rumor has it that Jason Statham will return for that one, along with The Rock. John Cena is also rumored to return, which is perhaps a spoiler, since it means he probably won’t die in F9.

But the bigger news is that The Fast Saga is planning another spinoff. They did it with Jason Statham and The Rock in Hobbs & Shaw, a movie that turned out to be a huge box office success. Now they’re giving another Fast Saga character a spinoff movie and it’s Han.

Word is that Universal Pictures is developing a spinoff film that will pair Sung Kang’s Han Lue character up with Gal Gadot’s Gisele Yashar character for a team-up movie. Gisele Yashar was killed in Fast & Furious 6, but then Han is supposed to be dead too and we know he’s been brought to life for Fast & Furious 9. So why not resurrect someone else, and team the two zombie-characters up for a spinoff movie? Makes sense.

It also makes sense that Universal might be interested in bringing back Gal Gadot, now that her fame has skyrocketed with the success of the Wonder Woman movies. Sung Kang, despite Han’s popularity, is not a big enough name to carry a movie. Gal Gadot is a movie carrying star now, though, so teaming them up could actually make this work. Han and Gisele just may be the new Hobbs and Shaw. 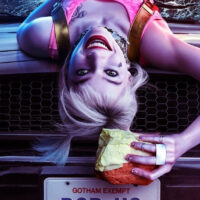