By Sofia Yang | 4 weeks ago

James Bond’s world of fantastic gadgets and submarine cars has always been as much science fiction as it is a grounded spy-thriller, and we wouldn’t have it any other way. 007 will return in 2020 to deliver more high-tech thrills in what may be Daniel Craig’s last outing as Bond in No Time To Die.

No Time To Die’s Release Date

When asked about his reaction to No Time To Die’s struggles, Daniel Craig had this rather angry response to GQ: “It pisses me off. Because I’m just like, ‘Don’t curse our movie.’ And also, we’re doing our best here.“

Changing James Bond’s release date is going to cost MGM studios money. A lot of money. According to the trades, it’s going to cost them at LEAST $30 million dollars up front. It could be as much as $50 million. MGM spent $4.5 million just marketing James Bond at the Super Bowl, thinking that the Super Bowl’s close proximity to the release of their movie would make that pay off. Now that’s money flushed down the toilet.

However, their alternative wasn’t much better. Analysts predict that if MGM had released No Time To Die in April as originally planned, the movie’s box office total would have been 30% lower than expected, due to the Coronavirus outbreak. Theaters in countries like Italy or Japan (the third biggest movie-going market in the world) will be completely closed in April, with citizens staying in their homes avoiding viral infection.

No Time To Die cost MGM around $245 million to make. They need a huge box office take if their James Bond movies are going to be profitable. It’s likely they’ll still get it, but getting it just got harder.

You have to wonder if the release date change had as much to do with the movie’s title as with concerns of theater-goers spreading the virus by showing up to see it. No Time To Die isn’t the best title for a movie to have in a time when moviegoers are afraid to leave their houses because they believe they might die.

After completing work on the previous James Bond movie, Spectre, Daniel Craig infamously said he’s rather slash his wrists than play Bond again. No one thought we’d see him back in the role for another movie, but here we are with Daniel Craig as James Bond in No Time To Die.

Daniel Craig has made another Bond movie, but it sounds like he really wasn’t that into it, even while they were filming. Talking to GQ he says that while he was really passionate and focused on previous Bond movies, on this one he was different. Daniel Craig explains…

“This one I was like, ‘Nah, it’s not going to happen. It’s just not going to happen.’ It doesn’t mean I wasn’t as wound up and just as fucking, like, mad… Because the world outside sort of slightly ceases to exist. When you’re in it, you’re in it, and that’s the thing… I don’t know what it is, maybe having another kid, maybe just being older… But all of these things, I was just like, you know, fuck it. There are other things that are more important.”

— Daniel Craig on making No Time To Die

The Plot Of No Time To Die

This final Craig-led installment finds 007 having left active service and living in Jamaica. His buddy and CIA operative Felix Leiter asks Bond for his help searching for a missing scientist. It soon becomes apparent the scientist was abducted, forcing 007 to confront an enemy and danger the world has never seen. Will this truly be Craig’s final 007 film?

No Time To Die’s Running Time

If it is Craig’s last film, they’re trying to make it count. The running time for the movie has been announced and when No Time To Die arrives in theaters it’s going to be LONG. Nearly Lord of the Rings long. The movie’s run time is going to be 163 minutes.

For those of you not good at maths, that’s more than two and a half hours. That’s fifteen minutes longer than the previous longest James Bond movie record-holder, Spectre.

No Time To Die Promotion

While the trailers for No Time To Die have been a hit, the movie’s marketing team has struggled with the film’s posters. Fans have frequently called them out for their strange choice of font and odd colors. Check them out and decide for yourself…

One of the most exciting things for fans used to be figuring out who the next Bond girl will be. But Daniel Craig doesn’t like it. He recently came out against the entire idea, saying “I don’t even call them Bond girls. I’m not going to deny it to anybody else. It’s just, I can’t have a sensible conversation with somebody if we’re talking about ‘Bond girls.’“

The franchise has embraced his aesthetic and now they’re calling them “Bond Women” and they aren’t going to be allowed to be as sexy as they once were and even if they are sexy no one is supposed to notice.

Britt Ekland was the Bond Girl in the 1974 James Bond movie The Man With The Golden Gun and she seems pretty unhappy about what the modern “Bond Woman” is. In an interview with The Guardian she had this to say about how things have changed: “The Bond girl has to look good in a bikini: that was her role… The Bond girl of my era exists no more because they’re not presented that way. You wouldn’t see her in a bikini next to Daniel Craig in a suit today – the PR department would make sure that didn’t happen.“

She thinks it’s the end of an era, her era and she says, “I’m the proudest Bond girl there is because there are not a lot of us left, and there won’t be any in future.“

No Time To Die’s Theme Song

Billie Eilish performs the new Bond theme song and it has been released in advance of No Time To Die’s arrival in theaters. It’s one of the most haunting and beautiful Bond themes ever. Give it a listen…

James Bond At The Super Bowl

The thirty-second trailer aired twice for that $5.69 million price. That breaks down to a cost of $94,833 per second. Hopefully it pays off for James Bond and MGM.

The Future Of James Bond

No Time To Die is probably Daniel Craig’s last James Bond movie and the search is on to find the next James Bond. We don’t know who it’ll be yet, but that hasn’t stopped people from betting on it. The online betting agency Ladbrokes is taking odds and while there are a lot of men you can bet on, they say by far the woman with the best odds to win the part right now is former Game of Thrones star Emilia Clarke.

Not only is Clarke beating out all the women in their pool, she’s also beating out a lot of the men. Clarke has a 1/33 chance of getting the role That means She’s ahead of people like up and coming The Gentlemen star Henry Golding or Charlie Hunnam. And she’s way ahead of aging stars like Will Smith and Colin Farrell with a 1/100 chance and an outsider like David Beckham with a 1/250 chance. Seriously people, who’s betting on David Beckham?

But what do gamblers know about casting? Probably not much. Though gender-swapping roles has been a trend recently in Hollywood, long-time James Bond producer Barbara Broccoli says that will never happen with James Bond. She explains…

“He can be of any color, but he is male. I believe we should be creating new characters for women – strong female characters. I’m not particularly interested in taking a male character and having a woman play it. I think women are far more interesting than that.”

— Barbara Broccoli on why James Bond Will Never Be A Woman

“He can be of any color, but he is male. I believe we should be creating new characters for women – strong female characters. I’m not particularly interested in taking a male character and having a woman play it. I think women are far more interesting than that.”– -Barbara Broccoli on why James Bond Will Never Be A Woman

Not only is No Time To Die likely to be Daniel Craig’s last James Bond movie, it may also be the last Bond movie released by MGM Studios. Yahoo reports that the company is currently in talks to sell its name and its entire catalogue of films, including the James Bond franchise.

It seems two different streaming services are vying to buy James Bond from MGM, according to the report. Those two bidders are Apple and Netflix.

While MGM owns a number of big name titles (for instance they’re behind the Handmaid’s Tale on Hulu), none are bigger than Bond. It’s likely that acquiring the James Bond franchise is one of the primary motivations behind Netflix and Apple’s bids to buy MGM.

You might not know Honor Blackman’s name, but you know the name of the character she played. She’s best known for playing Pussy Galore in the 1964 James Bond movie Goldfinger. She died on April 6, 2020 at the age of 94.

She passed away at her home in Sussex, England. No cause of death has been given, but her family published this tribute…

“As well as being a much-adored mother and grandmother, Honor was an actor of hugely prolific creative talent; with an extraordinary combination of beauty, brains and physical prowess, along with her unique voice and a dedicated work ethic, she achieved an unparalleled iconic status in the world of film and entertainment and with absolute commitment to her craft and total professionalism in all her endeavours she contributed to some of the great films and theatre productions of our times.“

Honor worked almost her entire life, last appearing as recently as 2013 on the television show You, Me, and Them. Most notably she also starred in the sixties television series The Avengers as Catherine Gale.

Actor Daniel Craig’s net worth is estimated to be around $130 million. Most of it was earned via huge paychecks for playing James Bond. And he’s getting rid of all of it before he dies.

Craig is the father of two daughters: Ella born in 1994 and another daughter he had with Rachel Weisz in 2018. And he tells The Daily Mail that he’s not giving them his money.

Craig explains, “I don’t want to leave great sums to the next generation. I think inheritance is quite distasteful. My philosophy is to get rid of it or give it away before you go.“

Daniel Craig is only 52, so he’s not going anywhere any time soon. He’s also done making Bond movies after No Time To Die, so that’s probably the last big payday he’ll get. There aren’t many franchises that pay like Bond. So he has plenty of years to spend everything he’s made so far and his kids have plenty of time to get to work earning their own living. 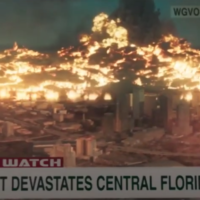 Jeri Ryan Reveals The Worst Thing About Being On Star Trek: Voyager