According to creatives from Marvel Comics, the MCU does not play fair when it comes to payments for use of characters.

Marvel Cinematic Universe films have made literal billions of dollars at the box office. They have made more money with Doctor Strange in the Multiverse of Madness than some countries allot for their entire military budget. And yet, it seems that Marvel Studios is not all that willing to share revenue with the actual people who create the material their movies are derivative of. Specifically, Marvel Comics creators are publicly alleging that the Disney-owned company uses creative, deceptive practices to minimize the amount of money they are paid for.

Per The Hollywood Reporter, some Marvel Comics creatives are claiming that the movie studio has a system of complex, difficult-to-understand legal tactics to make sure they are paid as little as possible. The article specifically cites the example of Devin Grayson and J.G. Jones, who jointly created the character of Yelena Belova; the character first appeared in a 1999 issue of Inhumans. The character is now portrayed by Florence Pugh in the Marvel Cinematic Universe, beginning with the 2021 film Black Widow. According to Grayson, a contract she signed with Marvel Studios implied that she would receive $25,000 for the character’s appearance in Black Widow, with Jones being paid the same. However, Grayson was eventually paid just $5000.

Grayson goes on to claim that the contract with Marvel Studios seemed to state the $25,000 for theatrical film appearances, with a descending scale of payments for television and cameo appearances. However, it seems that Marvel actually paid Grayson and Jones jointly $25,000 as creators, rather than individually. Furthermore, it appears the payment (under what is referred to as a ​​Special Character Agreement) was actually spread out over all creators of characters used in the film, so it was lowered even further. According to Grayson, the legal ability of Marvel Studios to unilaterally adjust payments to creators was buried within the paperwork, and an explanation was not provided for why the actual dollar amount was changed. Apparently, Marvel Studios also takes advantage by labeling some film appearances as “cameos” rather than theatrical appearances, to further lower payments.

Marvel would not be the first film studio to use legal maneuvers to the frustration of the people it buys its ideas from. Infamously, Forrest Gump author Winston Groom was astonished to find that Paramount would not be paying him royalties for the mega-blockbuster Tom Hanks film, because they claimed the $678 million-grossing film was actually losing money due to complex rights issues, payments to subsidiaries, and so forth (the issue was eventually contractually resolved). The world of comic books is also notorious for its treatment of the writers and artists who provide the content that the industry lives by, with legends like Jack Kirby fighting Marvel Comics for years over payments and credit. The copyright lawsuits filed by Superman creator Jerry Siegel and Joe Shuster were so long and complex that they actually outlived the two men themselves. Hopefully, Marvel Studios will do the right thing and not let the matter of payments to creators go that far.

See The Redesigned MODOK For Ant-Man 3 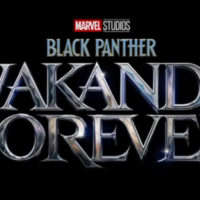