Will the world ever have enough Harry Potter stories? Considering there’s a theme park, spin-off films, a Broadway production, and companion books, it would be hard to say there’s a breaking point for Potter fans. Now, insider Daniel Richtman is claiming that more live-action projects, outside of Fantastic Beasts are in development.

This is something the insider has been talking about in various versions over the past couple of months. Two months ago, he said there were talks happening between Warner Bros and the three main Harry Potter stars, Daniel Radcliffe, Emma Watson, and Rupert Grint. A month ago, he again brought up a similar rumor. Could this new promise of a live-action project in the Harry Potter world also be the one he’s heard about with the three actors? He has yet to share more insight on that possibility.

Considering the size of the audience for stories in Harry Potter’s world, it’s sometimes hard to believe there aren’t already more movies or books out there. When the novel series was ending, Stephen King famously pleaded publicly with JK Rowling not to kill Potter in the final novel. This is a move many famous authors might take. They do it in order to stop other writers from picking up the story and writing in their world when the original writer is really and truly done. While Rowling didn’t kill off her main character, she has kept a very tight creative control over the franchise. She is involved in the creative work on the stories that come out in her universe. This may be why there aren’t a hundred Harry Potter movies out already. They have to go through her hands first.

Recently, Warner Bros promoted executive Tom Ascheim. This executive will now be the person representing WarnerMedia in talks with JK Rowling and her representatives. That means he’ll be talking to her about new story possibilities set in the world or changes to the Wizarding World of Harry Potter theme park. It could make sense that as he steps into the role, he is working with the author on the idea of more stories set in her universe.

On the subject of the original actors returning for a new story? Rupert Grint, who played Ron Weasley, has said he would “never say never” on the possibility of returning to Harry Potter. That sounds like he’s open to it, but not like he’s jumping at the opportunity. Daniel Radcliffe and Emma Watson have both had busy careers since Harry Potter. There’s always the possibility of those actors returning, perhaps for a Cursed Child movie.

However, it seems easier to believe there will be more stories in that world than that the actors will return. They’ve all moved on with their lives. It’s been a while since the eighth film in the series. At the same time, making more movies in the universe feels obvious. It would be wasteful of the studios not to try and make as many movies as they can for such a hungry audience. Look at how many projects Disney has lined up for Star Wars.

While insider Daniel Richtman isn’t giving us much to go on, it doesn’t seem so much like the question is “Will they make more Harry Potter?” as it is “When?” We’ll keep you updated on that news as we hear it. 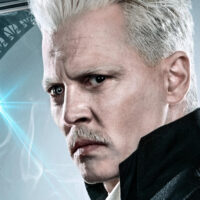 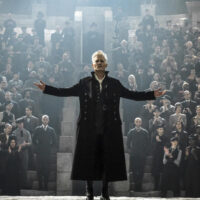 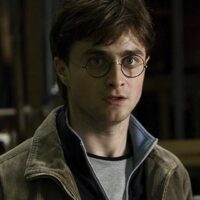