Adam Wingard is the man to watch post-pandemic. The 38-year-old indie filmmaker made headlines in March after Godzilla vs Kong earned Warner Bros. its second most lucrative blockbuster after Tenet — a truly impressive feat considering the film was released during pandemic times. And he was recently hired to direct a sequel to cult favorite Face/Off, a film about two people switching faces only to wreak havoc on each other’s lives. Fans expect a top-down remodeling of the original, but Wingard isn’t interested in a remake. The Oak Ridge native is hoping to make a direct sequel, with John Travolta and Nicolas Cage reprising their parts. The news seemed common knowledge for a while until Joan Allen — who played Travolta’s wife in the movie — came forward, apparently clueless about the planned sequel. Apparently, she wants back in.

Allen was promoting her new Apple TV+ show Lisey’s Story when Face/Off came up, and she told ComicBook.com she’s never been approached for a future installment. “I don’t know,” she admits. “Actually, you’re informing me. I actually hadn’t heard that, so I’ll have to look into that.” Manifest confusion aside, Allen tells reporter Patrick Cavanaugh she’s more than happy to revisit the film if Adam Wingard is ready to have her. “Give me a call,” she adds.

Face/Off spins a rather ludicrous premise about two men undergoing invasive face transplants in an effort to get even with each other. Nonetheless, viewers enjoyed John Woo’s nuanced direction; the story was handled with care and immediately became an Academy favorite.

As far as action thrillers go, Face/Off was pretty textbook: FBI agent Sean Archer (John Travolta) is a man out for justice after terrorist Castor Troy (Nicolas Cage) accidentally murdered the young operative’s son. Archer switches faces with an unconscious Troy to obtain information about a bomb from one of Troy’s associates; Troy finds out and takes on Archer’s face as revenge. He uses his newfound identity to completely dismantle Archer’s life. Chaos ensues, and Archer comes out victorious. He adopts Troy’s son Adam, hoping to keep him clean, while Troy dies from a spear gun to the gut. Joan Allen played Archer’s wife Eve, who was instrumental in proving who’s who and in helping Archer reclaim his life. The face transplants were promptly undone and the family lived happily ever after.

A Face/Off sequel featuring both John Travolta and Nicolas Cage would have to be fantastically creative to justify Castor Troy’s miraculous reawakening. Does the character come back to life or — and we’re assuming his skin managed to retain its form after 24 years in the dirt — is Archer simply borrowing his face for another major action sequence? Does Troy have an identical twin? All three options sound disastrously clichéd. But what if Nicolas Cage isn’t playing Castor Troy at all? What if Troy’s son Adam is all grown up and somehow closely resembles his father? Cage playing Troy’s adult son would make for an intriguing new story. Will Adam Troy follow in his father’s footsteps and become the sequel’s main villain, or will Adam and Archer be working together to take down an infinitely more sinister threat?

Face transplanting has gone a long way since the 90s and could certainly function as a Face/Off plot device to help Adam and Archer get ahead and foil their new enemy’s plans. It’s a decidedly fresh twist on an action movie Paramount has already done before. It could be a complete disaster, or the second-best sequel to happen to a beloved classic since Top Gun: Maverick. What do you think?

And as stated, Wingard’s star is most definitely on the rise. Despite bungling the live-action adaptation of Death Note in 2017, Wingard is enjoying a career renaissance of sorts. He’s making a CGI ThunderCats movie, considering an immediate return to the MonsterVerse. This is all in addition to the Face/Off sequel which should be a ridiculously good romp. 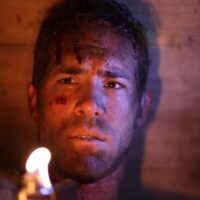 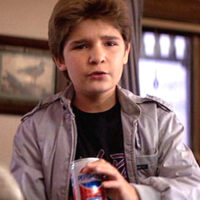 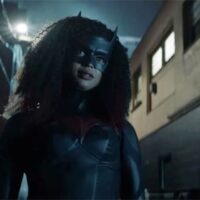