Beloved stand-up comedian and writer David A. Arnold has unexpectedly passed away at the age of 54, due to reported natural causes.

On September 7, it was revealed that comedian, actor, writer, and producer, David A. Arnold, had passed away peacefully at his home. The entertainer was 54. A man with a full life both inside and outside his home, Arnold was known for his stand-up comedy career, which recently landed him two Netflix comedy specials, and also for his recent work as a writer and producer on Netflix’s Fuller House. Arnold was also the brain behind Nickelodeon’s 2021 comedy, The Girl Lay Lay.

A statement penned by David A. Arnold’s family revealed that they were “shocked and devastated” by the loss, adding that his death was due to natural causes. Asking for peace and privacy while they move forward, the family’s statement is clearly weighted in grief. We are wishing them the best as they mourn their tremendous loss.

Cutting his teeth as strictly a stand-up performer, David A. Arnold was first featured on Comedy Central’s Jamie Foxx’s Laffapalooza alongside Jamie Foxx and Cedric the Entertainer, the Montreal Comedy Festival, The Tom Joyner Show, BET’s ComicView, BET’s The Mo’Nique Show, HBO’s Entourage, Def Comedy Jam, and others. Proving himself to be just as talented in writing bits as he was in performing them, Arnold would go on to be the joke creator behind a slew of series including TBS’ Meet The Browns, TV One’s The Rickey Smiley Show, OWN’s Raising Whitley, and TBS’ Tyler Perry’s House of Payne.

As mentioned above, David A. Arnold most recently held credits as a writer and producer on Netflix’s revival of the beloved series Full House, titled Fuller House. The series picks up two decades after the events of the original production with D.J. Tanner-Fuller (Candace Cameron Bure) now widowed and moving back into her childhood home owned by her father, Danny Tanner (Bob Saget). Many of the original cast members also returned including Jodie Sweetin, Andrea Barber, John Stamos, Dave Coulier, and Lori Laughlin. Sadly, Arnold’s death marks the second one from the production over the last year with Saget unexpectedly losing his life too soon back in January.

David A. Arnold also made a huge name for himself as the showrunner and executive producer on Nickelodeon’s series That Girl Lay Lay. The teen comedy series centers around Sadie (Gabrielle Nevaeh Green), who wants to be noticed and not constantly overlooked in her high school. When she tosses out the wish that Lay Lay, an AI avatar comes to life to help her with her problems, the wish is granted and Lay Lay comes to life. The series then sees the duo in a coming-of-age series as at the same time, they try to hide Lay Lay’s true identity from those who may want to pull the plug on their fun.

Back in 2019, the comedian received his own standalone special on Netflix titled David A. Arnold: Fat Ballerina, which would receive a follow up over this summer titled It Ain’t For The Weak. Like his late peer, Bob Saget, Arnold would also pass away while doing what he loved the most – traveling on a comedy tour. The performer passed when he was three stops in on a four-month tour around the country. Our thoughts are with his surviving family members. 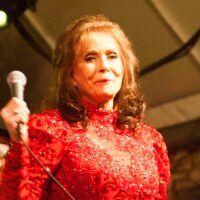 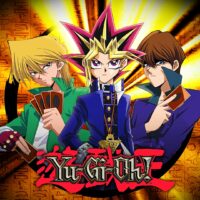 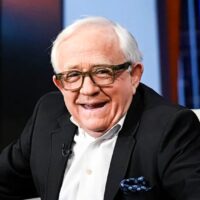 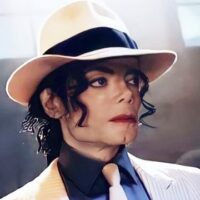