When Steve Rogers was injected with a serum to transform himself into a super soldier, fighting against the Nazis as Captain America, no one would have ever believed such an event could occur in real life. As Chris Evans donned the famous shield and embodied the character in Captain America: The First Avenger, the idea of another country coming up with their own strategy to make mutant soldiers seemed unthinkable at the time. However, it appears that Russia may be creating controversy by accusing Ukraine of doing just that to continue fighting their ongoing war.

According to a report by The Daily Beast, Russia claims that Ukraine has been able to stave off its advances because Ukraine has created mutant soldiers to fight for their country. Apparently, Russia’s claims are founded on the belief that Ukrainian troops were at one point transformed using “secret experiments” that the United States assisted with in biological laboratories. As ridiculous of an assertion as it is, News Nation has also confirmed that Russian lawmakers have made this claim, something they have been doing since 2015 to help justify their need for war. So far, there has been no verifiable proof that mutant soldiers exist in the real world, even if Russia is losing the major ground game to Ukraine daily.

Reminiscent of the character of Soldier Boy on The Boys season three, played by Jensen Ackles, the absurd notion that Russia believes Ukraine to have mutant soldiers fighting for them is something straight out of comic book lore. According to Yahoo News, much of this news came about this week because Russia’s plans for a complete takeover of Ukraine have completely fallen apart since the five months of fighting began. The Kremlin’s explanations for their losses have come under much scrutiny due to their laughable excuses to deter the rumors that Russian troops are flat-out refusing to fight in the war. The Daily Beast has also reported that Russian soldiers may be wounding themselves on purpose and destroying their own equipment in order to avoid battles, something Russia will not concede is going on.

In the five months since Russia launched a full-scale attack on Ukraine, many governments have attempted to aid Ukraine in their fight. However, no evidence has come about to validate Russia’s claims that Ukraine has created a set of super soldiers hell-bent on destroying Russian efforts, assisted by Americans in a biological laboratory. It seems that Russia may have to go back to the drawing board if they want their own soldiers and those outside of the Kremlin to believe their concocted stories of mutant warfare and X-Men-Esque creatures roaming the streets of Kyiv. But, movies do have a way of contributing to the future in reality, sparking interest in ideas that one never thought possible until they witnessed them on the silver screen. Just as Bucky Barnes became a brainwashed assassin as the Winter Soldier, there might just come a day when humans create a super soldier with mutant-like powers. 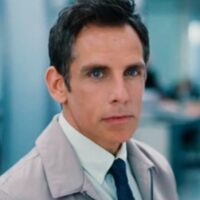 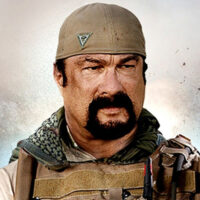