Amazon Prime Gaming has been on a roll lately, climbing through the ranks of digital distribution services by offering some pretty decent gaming titles for the last couple of months, starting with October last year. And while it’s still far from being a serious competitor to Valve’s Steam platform, which broke another record for concurrent player count, Amazon Prime Gaming surprised everyone with their January offering — a free Star Wars video game.

We learned from Comic Book that the Star Wars game in question is actually a 2019’s mega-hit, Star Wars Jedi: Fallen Order, and you don’t actually need to be an Amazon Prime subscriber to obtain a free copy of the game. Just sign up for a one-month trial, and get your free PC code for the game, which is then obtainable through Electronic Arts’ Origin platform, for free. Once downloaded, the game is yours to keep; however, it has to be claimed during the promotional period. Another noteworthy thing is that the free copies of the game are limited to PC versions only, despite the game being available on gaming consoles as well. Prime Gaming simply doesn’t show the same amount of love to console gamers as they do to the PC crowd.

As for the Star Wars Jedi: Fallen Order video game, it’s a single-player, narrative-driven, third-person action-adventure gaming title that launched to the generally favorable response of the critics and the gaming community. It’s considered one of the best video games in the franchise since it features a canonical Star Wars narrative that won the game several “Game of the Year” awards. Moreover, it’s one of the best Star Wars gaming titles Electronic Arts and its subsidiaries released before they lost the exclusivity to the franchise last year, after which numerous game developers and publishers pounced at the opportunity to make their own Star Wars title.

Amazon’s offering of free games started some time ago, but it remained overshadowed by free offerings from Epic Games, and incredible discounts Steam regularly offers to its customers. However, Prime Gaming managed to get the gamers’ attention in October last year, when to service offered Star Wars: Squadrons for free, along with Ghostrunner and Alien: Isolation — the latter of which is a massive hit deserving of a sequel. This trend continued in November, with a free offer consisting of Control: Ultimate Edition, cult classic Dragon Age: Inquisition, and the 2015’s Tomb Raider reboot.

Prime Gaming’s December offering was somewhat bland, considering that the company offered Need for Speed: Hot Pursuit Remastered, the great gaming title called Frostpunk, and Journey to the Savage Planet. Luckily, Prime Gaming decided to up the ante and offer a Star Wars Jedi: Fallen Order, paired with other amazing titles, like Total War: Warhammer and World War Z: Aftermath, with six additional, less prominent gaming titles. Getting a free Star Wars game should be a holiday on its own, considering that things are rarely free at the House of Mouse (Disney), which currently owns the franchise. 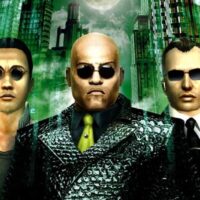 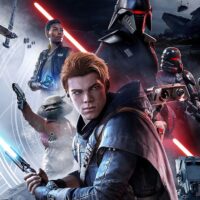