Ever since Wolfenstein 3D and Doom hit the scene in the early 1990s, the video game genre has been dominated by a new top dog that seems impossible to unseat — the first-person shooter. After decades of putting the camera’s perspective behind some kind of awesome-looking gun, it may be surprising for many to hear that the best first-person shooter is the zombie-thrashing Left 4 Dead franchise.

Look, I’ll be the first to admit that calling Left 4 Dead the best first-person shooter is a controversial statement. In a world where Halo literally called its shot with Combat Evolved in 2001 and games like Battlefield and Call of Duty are offering some of the most visually stunning cinematic moments in recent memory, how could a relatively cartoonish-looking game from 2008 be the top dog?

Well, first of all, it’s worth mentioning that the accolade for best first-person shooter goes to the entire franchise, including Left 4 Dead, Left 4 Dead 2 and, yes, Back 4 Blood — and if you want to get your semantic-loving commenting quill out to fight me on the fact that it’s technically not the third installment, I’ll have to ask you to step outside. If Call of Duty can be set in the past, present and future and still be called a single franchise, I’m going to have every zombie shooter with a “4” pun in the title for my pick, thank you very much.

For those unfamiliar, the Left 4 Dead games (including Back 4 Blood, fight me) are a first-person shooter experience that forces four survivors to travel through a zombie-infested America between a series of safe rooms, collecting resources and blasting their way through hordes of the undead as they go. The first game, released in 2008, offered only four campaigns that took roughly an hour each to complete. The second game was controversially released only a year later and introduced new characters, more guns, melee weapons, more special infected and an advanced AI that makes sure each run is different. It’s that last part that makes the Left 4 Dead franchise the best first-person shooter there is.

Although there are only a handful of maps to do, the AI makes it so that literally every single time you drop into the game, it’s completely different. Because no two runs are the same, the community has endured while fans of games like Halo and Call of Duty are constantly asking developers “what have you done for me lately?” In short, the secret to becoming the best first-person shooter is simply replayability. Although the game’s latest OG version came out in 2009, Polygon reported in 2021 that it still boasts 30,000 daily players. Not to mention the fact that its modding community has been off to the races adding new, exciting content that the developers couldn’t even have dreamed of. That said, they’re not turning their backs on them either.

In 2020, The Verge reports that Left 4 Dead 2 released its first update in ten years that offered a slew of new content to a game that should have rightfully died in an ever-expanding first-person shooter market years ago. The best first-person shooter now boasted another new map, survival levels and a bunch of new weapons. While multiplayer games offer something unique every time, Left 4 Dead is perhaps the easiest co-op game to jump into with your friends and have a low-stakes, high-quality good time. It doesn’t have the big barrier to entry that more gamer-focused titles like Destiny or World of Warcraft do. Log in, blast zombies, log out — that’s not a tough sell to even novice gamers.

Left 4 Dead proves that developers don’t need to go back to the drawing board every year seeking $60 worth of content to make the best first-person shooter ever. All they need to do is keep their users happy and experiencing something new with each play. That said, a decade with no facelift is pushing it, even for a sturdy title like Left 4 Dead 2.

In 2021, the original company behind the best first-person shooter, Valve, didn’t put up a fuss when original developer Turtle Rock Studios revisited the gameplay for Back 4 Blood billed as a spiritual successor. However, as Collider and literally anyone who has played both games will tell you, it’s hard to imagine the game looking any different had it been titled Left 4 Dead 3.

The basic mechanics of the game are back, as are a slew of other improvements designed with replayability in mind, proving that Turtle Rock Studios understood the assignment and why its predecessors were the best first-person shooter franchise. In addition to the AI working constantly to mess you and your friends up, a card system has been added to further ensure that no two runs are the same and that there’s always something different for players to mess around with for years to come. 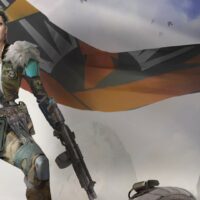 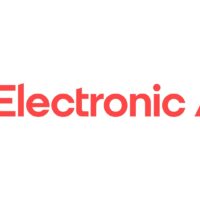