The X-Men reboot is something that’s been on the mind of fans for quite some time now as we gear up to see more of them on the big and small screen. The excitement around the X-Men joining the Disney+ Marvel Cinematic Universe has been dialing up the anticipation ever since Evan Peters showed up on Wanda’s doorstep as Quicksilver in WandaVision. And the recent news is that Marvel has a plan in place for an X-Men movie which will be titled The Mutants.

The X-Men reboot is made possible for Marvel after they acquired the characters from 20th Century Fox last year. It was a move that brought in some of the final pieces back under Marvel’s original umbrella and will finally allow them the full use of all characters in the catalog. It’s an exciting time and rather unprecedented considering the size and scope of the Marvel Universe now.

Without further details on specific casting, the X-Men reboot, The Mutants, will likely be an ensemble film meant to introduce a number of characters to the mix. This makes a lot of sense from a production standpoint, though does stand in sharp contrast to how Marvel has done things in the past. For instance, with The Avengers, we got a number of different solo movies before the group ultimately teamed up.

Bringing an X-Men reboot into the mix is no small task for Marvel. There are a wealth of characters to incorporate, many of which have already had multiple on-screen personas over the years. Between the Hugh Jackman-as-Wolverine franchise that first came out in the early 2000s with Patrick Stewart (Professor X), Halle Berry (Storm) and Anna Paquin (Rogue) among others, they created a well-known and recognizable group for three films.

But then there was the first X-Men reboot that started with First Class with James MacAvoy and Michael Fassbender as Professor X and Magneto respectively. That group included Peters in the mix as well. Is there a chance we get more carryover from those films? Jennifer Lawrence, who played Mystique in that group, has already been heavily rumored to be playing Susan Storm in the studio’s Fantastic Four movie. So she’d be out. But others like Tye Sheridan (Cyclops), Nicholas Hoult (Beast) are still hanging around. And there are even rumors that Ororo Monroe/ Storm would be getting her own show. That could be Alexandra Shipp in the lead role.

From a studio perspective, there’s been no better time for an X-Men reboot. The last few films for the previous franchise, Dark Phoenix and Apocalypse were borderline disasters, completely forgettable films that did little to further the characters or any of the stories. Having that franchise go out with a moderate whimper leaves the future wide open for a new set of characters.

With a working title now, I’m sure we begin to get a slew of new information about this X-Men reboot over the next couple of weeks. Considering how WandaVision brought in Quicksilver, it stands to reason that over the course of Marvel’s Phase Four we begin to get a smattering of X-Men characters making cameos in shows and movies leading up to a bigger production. What an awesome time this is for Marvel. 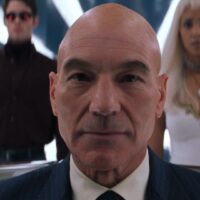