Tom Hardy’s Best Movie Is Racing Up The Streaming Charts

It's the best he's done for a reason!

Now, we can all bicker all we like about which of any actors’ movies are the best. Tom Hardy has certainly made some great ones. He starred in the amazing sports drama Warrior, Christopher Nolan’s Dark Knight trilogy finale The Dark Knight Rises, the war epic Dunkirk, the adventure drama The Revenant, and dizzying sci-fi thriller Inception. But for the purposes of this article, we’re bowing to the critics’ choice. According to the aggregate score on Rotten Tomatoes — not counting the 2011 documentary From the Ashes which the Oscar-nominated actor narrated — Tom Hardy’s best film is the 2015 post-apocalyptic action extravaganza Mad Max: Fury Road which enjoys an impressive 97% reviewer rating on the site. That probably has something to do with why it’s currently the #5 movie streaming on HBO.

Yeah, there were three Mad Max movies before Fury Road, but you don’t need to have seen or even heard of any of them to enjoy it. A lone wanderer in the post-apocalyptic wasteland, Tom Hardy’s Mad Max is captured by the forces of the warlord Immortan Joe (Hugh Keays-Byrne). Max soon learns he’s not the only one wanting to slip out of Joe’s grip. When the fierce Furiosa (Charlize Theron) makes her move to get herself and Immortan Joe’s wives free of the monster’s control, Max takes the opportunity to free himself and soon is caught up in the same struggle alongside Furiosa.

If you want something funny, quirky, heartwarming, and relaxing then stay the hell away from Mad Max: Fury Road. The film moves at an almost too intense pace, with the bulk of the story consisting of desperate races through the post-apocalyptic landscape of post-nuclear Australia. Immortan Joe’s nightmarish fleet of cars follows Tom Hardy’s Mad Max at top speed with few breaks, with their breakneck progress accompanied by the endless solo of one of Immortan Joe’s spray paint-huffing devotees whose electric guitar doubles as a flamethrower. It is the closest cinema has ever come to actually personifying heavy metal on film (and yes, we’re counting the actual movie called Heavy Metal).

By the time Tom Hardy finally appeared on the big screen as Max Rockatansky, George Miller’s Mad Max film franchise had been dormant for 30 years, since 1985’s Mad Max Beyond Thunderdome. During the interim, film technology got a lot closer to catching up with director George Miller’s dynamo-fueled vision, helping him to create a visual feast along with a merciless action adventure. It was Mel Gibson portraying the eponymous hero in the three earlier films. As reported by Cheat Sheet, Gibson gave his blessing to Hardy to take up the role, and was as impressed as the rest of us when the movie finally hit theaters. Gibson called Fury Road “visually spectacular.” He continued to say, “It’s crazy, but that’s George. He’s a scientist. He’s the Einstein of edit, and of being able to get the pieces necessary to make a truly compelling, in-your-face action sequence.”

Only two years after Tom Hardy was born, 1979’s Mad Max was released though the character wasn’t quite in what you’d call a post-apocalyptic environment. Mel Gibson’s Max Rockatansky is a cop in an Australia of the near future where society is devolving and a brutal biker gang roams free. What ultimately turns Max into “Mad” Max is the death of his wife and son at the hands of the bikers.

Even though it was instead Tom Hardy playing Mad Max in Fury Road, in a sense he and Gibson faced the same bad guy. Both Toecutter — the leader of the biker gang in 1979’s Mad Max — and Immortan Joe were played by the late Hugh Keays-Byrne. Miller considered Keays-Byrne a dear friend, telling IndieWire that it was the Immortan Joe actor who taught the director acting. Miller always tried to get Keays-Byrne roles in all of his projects, including an ultimately failed attempt to get him a voice role in the 1995 animated-pig-led dramedy Babe.

If you have yet to witness Tom Hardy in Mad Max: Fury Road, you can remedy that right now with HBO Max. Along with the actors already mentioned, the film stars Nicholas Hoult, Zoë Kravitz, Rosie Huntington-Whiteley, Nathan Jones, Riley Keough, Quentin Kenihan, Richard Carter, and more. 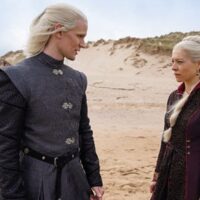 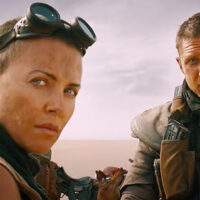 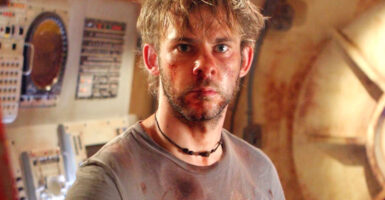