Star Wars Committed To Having A Woman Of Color Lead The Franchise?

We can’t say Star Wars is going through a Renaissance only because the franchise has been so massive for so many years that it would be tough to distinguish it that way. But I do think we can say it’s having another *moment* with a new batch of stories and beloved characters taking the screen in all kinds of projects. And now we are getting word that the studio is committed to making sure the future cast is as diverse a group as possible. According to insider Daniel Richtman, for the next trilogy of movies, they are committed to having a woman of color take the lead role in whatever story is told.

This is very early Star Wars news considering the previous trilogy only just wrapped up with The Rise of Skywalker finishing the third trilogy’s run in 2019. But in the current movie and content landscape, it’s never too early to look ahead to the next thing. And the folks at Lucasfilm are obviously already starting to map out the franchise movies looking ahead. That will mean new casting and it appears their intention is to ensure the next story focuses on a woman of color in that lead role, whatever the story may be.

Apparently, the intention for the Star Wars franchise, with their next set of films is to have a female-led roster with a group of women leading the film and driving the story. Considering the history of the franchise, this isn’t a total divergent path, but rather something they’ve been working towards in recent years.

The previous trilogy of Star Wars films, starting with The Force Awakens in 2015 did begin this shift already, casting a female in the lead with Daisy Ridley taking over the Rae duties and becoming the key to the Jedi fight against the Dark Side. And of course, John Boyega was by her side for much of it in leading the Resistance against the First Order. So it’s clear that the studio has been working toward more inclusive casting in their films.

And the same can be said for the Star Wars series on Disney+ as well. Pedro Pascal is the lead in The Mandalorian which has spawned a number of offshoot programs coming down the pike and reinvigorated the universe with new characters while also calling back to some of the more timeless ones as well. One character getting her own series in the next batch of programs will be Ahsoka Tano played by Rosario Dawson. That series is set for a 2022 release.

What happens with the next trilogy of Star Wars movies remains to be seen. Considering the gap between the other sets of films, I doubt anything is all that imminent right now with Lucasfilm simply mapping out what the next set of stories could look like in this universe. In the meantime, there’s plenty to dive into when it comes to the franchise. The Mandalorian will be returning for a third season, Ahsoka is coming next year as well and Obi-Wan Kenobi is getting his own Ewan McGregor-led show as well. These are just some of the projects coming before we get that new aforementioned lead in the next Star Wars movie. 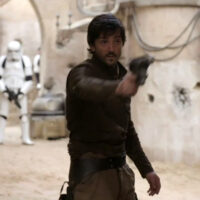 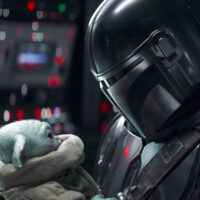