The Flash movie is a long way off still, but the actors are gearing up for filming. That means the occasional social media post that offers us a peek at what’s happening on set and what we can expect to see in the movie. Sasha Calle, who will be playing Supergirl for the DC Extended Universe, has posted on Twitter for the first time in a while, giving us a look at how she’s transformed for Supergirl.

Previously, Sasha Calle’s hair has been long and straight for her long-term role on The Young and the Restless. This is a far cry from the blond hair we most often see on Supergirl. The actress on The CW’s show, Melissa Benoist, also known as, Kara Zor-El, has always sported the long blond hair we usually think of with the DC comics character. Calle’s current haircut is short and dark, which raises some interesting thoughts about how she’ll be presented in character.

As ComicBook.com points out, Supergirl Cir-El has short dark hair that looks incredibly close to what we’re seeing on Sasha Calle here. This is an interesting decision. Will it be purely aesthetic, meaning that they’re taking that look but she’ll still be a Kara Zor-El version of Supergirl, or does this mean that Calle is playing the Cir-El version her haircut now helps her so closely resemble?

Alternatively, the short hair cut could also simply mean the actress cropped her hair so a wig would fit better. This means of course that she may look entirely different in the upcoming film. However, it seems unlikely that the Latina actress will be wearing a blond wig. It seems more likely that this will be the look they’re going after for her character.

Over the past several months, we’ve been seeing fanart pop-up that shows what audiences have been expecting from Sasha Calle’s Supergirl, and mostly people expected her long dark hair like we’ve seen from her in previous roles. This Cir-El look is unexpected, but looks natural on the actress and taps into some rich DC comics story.

So, who is Cir-El? She first appeared in DC Comics in 2003. At the time, she’s presented as Superman’s daughter. Eventually, it’s revealed that she is a human girl but was genetically altered by Brainiac, a villain in the comics. Brainiac made her appear to be Kryptonian.

Sasha Calle will be playing Supergirl in The Flash movie. We’re expecting that this movie will introduce her character into the DC Extended Universe and will then be followed up with a solo movie for Supergirl. With such big hopes for her future in the DC films, it’s important to get her background story and character’s look right the first time around. While the studio hasn’t given us any kind of hints on when we might see that solo project, there are hopes for a 2023 release. With The Flash not coming out until November, 2022, that would likely mean they need to film the solo movie before The Flash reaches audiences. Will DC be willing to bet on audiences taking a liking to her character in The Flash enough to make Supergirl before we meet the character? Here’s hoping. 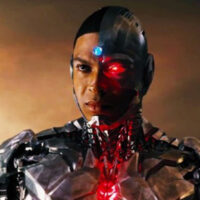