Ryan Reynolds is gearing up for a possible box office blockbuster film in the next couple of weeks and it isn’t of the comic book superhero variety. He’s going to play a guy with a certain set of powers for sure, but not necessarily the kind we’ve seen him display in the Deadpool suit before. A suit, mind you, that might not fit this new-look Reynolds. In a spot for Free Guy, Ryan Reynolds introduces another character he will play in the film, someone with some, um, enhancements.

In this just-under-two-minutes feature, Ryan Reynolds introduces us to the character of Dude. In Free Guy, Dude is dropped into the game to deal with Reynolds’ main character, Guy. Following me here? Dude is like Guy in some ways, as in they have the same Ryan Reynolds face. But that is where the comparisons basically stop. Dude is an absolutely jacked version of Ryan Reynolds, a guy with muscles on top of his muscles. He is a meathead in every sense of the word, meant to act as a mini-antagonist in the film while looking every bit the muscle-bound freak. Check out the pretty hilarious introduction to dude, a beefed-up Ryan Reynolds.

Ryan Reynolds as Guy comes into contact with Dude when the game designer Antoine (Taika Waititi) drops the latter into the game to kick the crap out of Guy. It is a pretty easy thing considering the size of this new version. But from there we are given an interview with Ryan Reynolds who discusses the tongue-in-cheek transformations he has gone through to get into character. Part of it is the supposed regimen which includes a protein bomb made exclusively of human muscle that is completely organic and illegal.

And then Ryan Reynolds, who is roided out to the hilt, discusses how the changes to his body will affect getting into character for another franchise. He holds the Deadpool suit up to his now muscle-bound frame and it is clear to see that it will no longer fit him. How could it? He has replaced the svelte and lean look with testosterone-laden features that play more like Colossus than they do Deadpool.

All in all, this is clearly just Ryan Reynolds having some fun with his new character and the upcoming Free Guy. In it, his main character Guy is an NPC in a video game who is blissfully unaware of his coded world until, Matrix-style, he is given an awakening by another character. This sets him on a collision course with the game designer in an effort to save the game from being deleted. It looks like a hilarious romp through the video game and action genre with Ryan Reynolds bringing the full set of comedic acting skills. There are already plans for a sequel.

And, of course, we will soon enough have Ryan Reynolds back fitting snugly into the Deadpool suit. That film is set to be the characters first in the Marvel Cinematic Universe with the expectation that it will keep the R-rating that has made it so successful in the past. Free Guy is due out in theaters on August 13th and there is no set date on Deadpool. 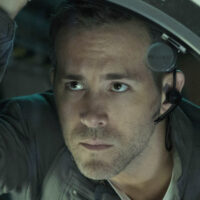 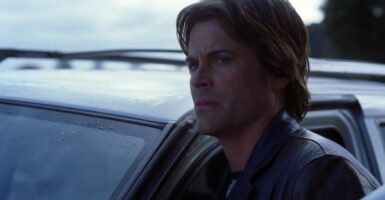 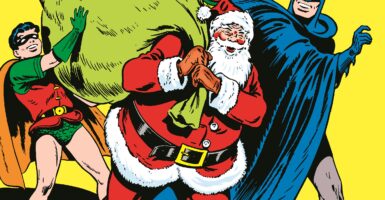