Kevin Costner has given fans exactly what they wanted on his most recent Instagram post. What is that? Well, he has revealed the release date for Yellowstone Season 5. There is no need to look to the Paramount Network on cable to figure out when the highly anticipated season would be airing on TV. Fans have been clamoring for any word on when they would be able to see the wild lives of the Dutton family continue, especially after the cliffhanger events of season four had run their course. There will be some wait involved for the new season, but as they say, all good things come to those who wait. You can see the Yellowstone release date below:

Fans will have to patiently wait until November 13th to continue their love affair with the Dutton family, but at least there is finally a release date for Yellowstone Season 5. Season four ended in January of this year, and there has been little mention about when the new season would be continuing. Well, now that wait is over. We all still have to wait until November for the new season, but at least the release date is here. Kevin Costner fans, rejoice. The wait is almost over.

Taylor Sheridan is staying a busy man, as it was recently announced that 1883 would have a continuation story, with Sheridan staying on to produce. The new continuation is called 1883: The Bass Reeves Story. There had already been mentioned that the 1883 spinoff series would not end after that 10-episode run ended in February. Also, the other Dutton family spinoff, 1932, has cast Harrison Ford and Helen Mirren as leads for that origin story. It sounds as if the spinoffs for Yellowstone will be happening right as the Kevin Costner-led series continues this fall. This is a lot to take in that revolves around the Dutton family origins.

The 1883 spinoff followed the first generations of the Dutton family and their rise to power. The next spinoff, 1932, is going to do the same. However, it will be a show that revolves more around the issues of the period that involves pandemics, prohibition, drought, and many more issues. All these generational stories lead themselves right to where the current show is, and John Dutton (Kevin Costner) himself. However, there is another spinoff called 6666 in the works too. This one might not be hyper-focused on the Dutton family, but it has a lot to do with a famous ranch that exists in American history.

This is a lot to take in, considering that Yellowstone has now birthed three different spinoff shows. Though 1883 is the only one of the new three that has aired so far. It could be that 1932 stars in the same month or around the same time that Yellowstone Season 5 starts. Either way, we are going to get far more Kevin Costner, and the family that preceded the bloodthirsty Dutton family that we were originally introduced to. Yellowstone Season 5 will air on November 13th on the Paramount Network. That is the cable channel for those who might be confused. 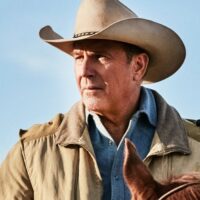 Yellowstone Season 5: When Will This Franchise Return? 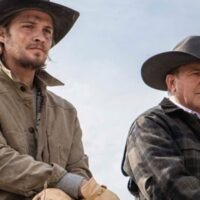