By Douglas Helm | 2 seconds ago

The fourth Jackass movie is right around the corner. If the latest trailer is any indication, it’s going to be as wild, hilarious, and painful (for the cast) as ever. In the final Jackass Forever trailer, we see all kinds of crazy stunts, not the least of which is getting bit in the face by some snakes.

Since Jackass was first released on the small screen back in 2000, we’ve had the pleasure of watching Johnny Knoxville, Steve-O, Jason ‘Wee Man’ Acuña, Jeff Tremaine, Chris Pontius, Preston Lacy, Danger Ehren, Dave England, and the rest of the Jackass crew perform plenty of off-the-wall stunts that you would never want to try at home. After three seasons of Jackass, Jackass: The Movie, Jackass Number Two, and Jackass 3D you can hardly blame the main cast for wanting to wrap up the franchise with Jackass Forever. With that being said, it definitely looks like they’re ending things with a bang. Check out the trailer below.

The final Jackass Forever trailer gives us a lot more glimpses at the stunts in the movie. The stunt with the snakes is prominently featured, but we also get to see people getting shot out of a cannon, punched by an MMA fighter, rammed by a bull, blown up in a porta-potty, smacked by a giant hand, and generally just beat up in a myriad of different ways. In short, it’s Jackass at its finest.

Jackass Forever also has plenty of stars on the guest list. Just a quick look at the trailer and cast list, you see Machine Gun Kelly, Shaquille O’Neal, Tony Hawk, Tyler the Creator, and more. One of the most fitting guest stars is Eric André, who has followed in the footsteps of the Jackass crew with his own spin on public pranks and stunts. As the host of The Eric Andre Show, he often puts his body and well-being on the line to get reactions in public and to create awkwardly hilarious encounters with his celebrity guests. Last year’s Bad Trip was especially Jackass-esque with a scripted story that featured real public reactions to staged pranks.

With most of the original Jackass crew in their late-40s and early 50s, it’s definitely getting riskier for them to get tossed around and beat up as much. Knoxville has definitively stated that this will be his last contribution (at least doing the stunts) for the Jackass franchise. So while there could be more Jackass movies or shows in the future, this will likely be the one we see with the main cast intact. This film won’t include Bam Margera who was fired from the production in February of last year. It also will not feature original cast member Ryan Dunn, who was tragically killed in a car crash in 2011.

If you’ve been chomping at the bit to see new Jackass content since Jackass 3D way back in 2010, now is your chance to see everyone back in action. Jackass Forever will be released in theatres in the US on February 4, 2022. 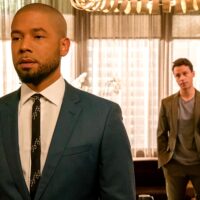