During the years fans waited to see Zack Snyder’s Justice League, we heard enough rumors to believe that we’d see Green Lantern when we finally got the Snydercut. We weren’t sure if it would be a new character and actor or if we’d see Ryan Reynolds take on the role. We also didn’t know how big the part would be. All we really knew was that something should have been there and fans spent time speculating on what that might be.

Then, we got the full four-hour cut, and Green Lantern was nowhere to be seen. A few weeks ago, we got a peek at the concept art for several characters, including John Stewart as Green Lantern. We learned the behind-the-scenes story of where we should have seen the character in the movie, and now, we know the actor meant to be cast. In fact, Zack Snyder has filmed the scene! Actor Wayne T. Carr isn’t someone you’re likely familiar with yet. The actor has mainly been in plays, though he’d had some spots on television shows.

For a better look at how Snyder had envisioned the John Stewart Green Lantern character, you can check out the original concept art below. They designed it with Wayne T. Carr in mind.

You may assume that Carr was angry when his scene got cut. After all, that would be a reasonable response. Being cast as Green Lantern for the Snyderverse is a once-in-a-lifetime opportunity. However, when his scene was cut, Snyder says that Carr handled it with grace. He discussed the experience around the cut scene recently while doing an interview for Justice Con. He said, “He’s an amazing actor and an amazingly kind gentleman. I told him that there was a chance it didn’t make it in the movie as we were shooting it in my driveway and I’m not 100-percent sure he thought it was real. I was talking to him the other day and he was just excited about it – he loved the movie and was super excited for the reception the film has gotten and he’s just completely gracious.”

So why did the Green Lantern scene get cut? Zack Snyder and HBO Max were in serious disagreement about this scene. The streaming network is developing a series around the character. Knowing that they have their own plans for the character, they didn’t want to confuse audiences by introducing an entirely different version of the character in Snyder’s movie.

Green Lantern’s original scene was the Epilogue scene with Martian Manhunter. When HBO Max told Snyder that his John Stewart scene would need to be cut, his first reaction was to quit. He refused to cut the scene. After some time, he decided that the scene could still work with Martian Manhunter and decided to move forward with the project, which meant cutting the scene with Wayne T. Carr, which he had already filmed.

It’s interesting to hear the full story as pieces of the puzzle have emerged. Large studios like to keep so much quiet that we often don’t hear all the details of what’s happening behind the scenes until long after a movie has released. In this case, we knew there was a Green Lantern. However, many suspected we’d be seeing Ryan Reynolds bring back Hal Jordan. According to another Snyder interview, that had been briefly considered, though they never actually talked to Reynolds about it. Now we know. There was a Green Lantern scene, they cast an actor, and they even filmed it. While it would be great to actually get a peek at that scene, it sounds like HBO Max is intent on keeping that from happening. Hopefully, they move forward with a John Stewart project and find someone to make it great. 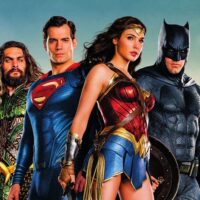 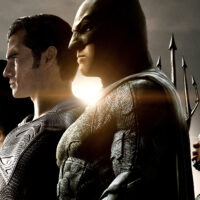