Christmas has come early this year thanks to Dwayne Johnson, who has teased yet another tantalizing bit of his team-up with Captain America star Chris Evans. Johnson took to Twitter to share a black and white night shoot photo of him and Evans approaching a snowy cemetery while filming their upcoming holiday action flick, Red One. So far, Johnson’s social media posts since Red One began production in November are the only major source of information about the film.

Backed by Amazon Studios and Johnson’s Seven Bucks Productions, Red One is set to release during the 2023 holiday season. Plot details for the film have been kept quiet, but images and captions Johnshon has shared on Instagram and Twitter are hinting at several epic elements. Atop the film’s nice list is the debut pairing of Dwayne Johnson and Chris Evans.

These powerhouse actors have waited a long time to team up for a film. Dwayne Johnson plays Callum Drift, while Chris Evans plays Jack O’Malley. Details about these characters and their relationship are fuzzy, but their costumes give hints as to what audiences can expect.

Johnson sports a utilitarian outfit of red and black leather, looking almost like a North Pole security guard. In contrast to Johnson’s stylized look, Evans assumes an everyman style of a jacket, jeans, and stubble. Whether the two are friends or enemies, the latest photo teases that Dwayne Johnson and Chris Evans will have to tread some spooky territory together at some point in the film.

Dwayne Johnson and Chris Evans are joined by Spider-Man actor J.K. Simmons, who plays a very ripped version of Santa Claus. Johnson has shared photos of Simmons both in and out of traditional Santa attire, and he looks like a man who means business. Whatever version of the North Pole is being cooked up in Red One, it is shaping up to be an unconventional representation of the gift-giving operation.

Red One is directed by Jake Kasdan, who helmed 2017’s Jumanji: The Next Level and its sequel. The film is written by Chris Morgan, best known for his screenwriting work on the Fast and the Furious franchise, from a story by producer and longtime collaborator with Johsnon, Hiran Garcia. To round out the action hero clout, Dwayne Johnson and Chris Evans will be joined by Kill Bill and Charlie’s Angels actress Lucy Liu.

Though the film is not expected for another year, Red One joins the increasing number of high-profile holiday action outings. This year saw Marvel’s Guardians of the Galaxy Holiday Special on Disney+ and Universal and 87North Productions’ Violent Night, a blood-soaked Christmas flick starring Stranger Things star David Harbour. With Dwayne Johnson, Chris Evans, and a behind-the-scenes team of franchise experts, Red One looks to make sure blockbuster Christmas action is here to stay.

Though returns to DC and Marvel are up in the air for both Dwayne Johnson and Chris Evans, it seems their action hero days are far from over. Judging by the latest image from the set of Red One, the pair has dark and spooky obstacles ahead in what is sure to be a jam-packed holiday romp. 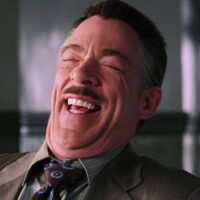 The Rock Has Given Up On Black Adam 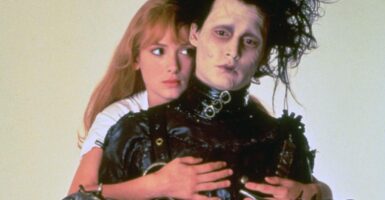 Johnny Depp To Blame For Winona Ryder Missing Out On Biggest Role Of Her Career? 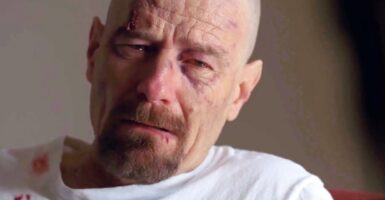 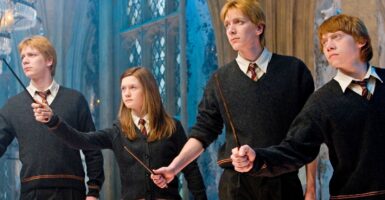