Celebrated actor J.K. Simmons is gearing up as Santa Claus for his upcoming film, Red One. Starring alongside Dwayne Johnson and Chris Evans, Simmons is muscling up to give the world its most shredded version of Santa yet. Johnson shared set photos of him and Simmons pumping iron to prepare for their roles in the Christmas action film, and Simmons looks to be near as buff as Johnson.

The pictures reveal a mean-mugging J.K. Simmons crossing his ripped, bare arms while sporting red athletic wear, promising a very different kind of Santa for Red One. A second photo shows Johnson spotting Simmons on the bench press, and a third captures the two actors laughing in what appears to be at least a partial costume. In the caption, Johnson praised Simmons’ hard work getting into shape for the role and for his loving attitude through the process.

What exactly J.K. Simmons is up to as buff Santa is unknown, as the plot of Red One is under wraps. Dwayne Johnson started posting about the film in early November when he shared photos of him and Chris Evans on set, then a photo of J.K. Simmons in full Santa attire a few days later. In his captions, Johnson promises a fun, international adventure in what he continually calls a Christmas “franchise film.”

For J.K. Simmons, Red One joins a long list of franchise film credits. Simmons turned in an iconic performance as J. Jonah Jameson in Sam Raimi’s Spider-Man trilogy during the 2000s and returned to the role to antagonize Tom Holland’s Spider-Man in the Web-Head’s two latest outings. He also appeared as Commissioner Gordon, a police ally to Batman, in 2017’s Justice League; Simmons reprised his role as Gordon in the canceled Batgirl film.

The Academy Award-winning actor has had a long, successful career, and despite his continued work on big-budget films like Red One, Simmons still lends his talent to independent productions. In 2014, he starred along Miles Teller in director Damien Chazelle’s breakout hit Whiplash, and showed up in recent indies Palm Springs and the Shudder original horror comedy Glorious.

The recent casting of J.K. Simmons as Santa Claus for Red One, which is expected with the 2023 holiday season, comes alongside the release of another Christmas action film, Violent Night. Starring David Harbour, this bloody Christmas killing spree is the latest entry in the relatively sparse action subset of Christmas films. The release of two high-profile Christmas action movies, both eager to settle into fans’ holiday rotations, could spark a new trend for the genre.

J.K. Simmons has been in good shape for a while (just watch Whiplash), but based on Dwayne Johnson’s posts, Simmons is taking things to the next level for Red One. Johnson and Evans comprise a co-star duo of famously in-shape men, and to earn praise from Johnson in the weight room is no small feat. Whatever they have cooked up for Red One, there is no doubt the muscular cast will put their strength to action-packed use. 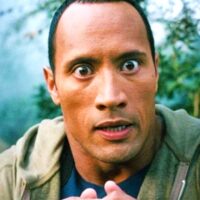