Cameron Diaz lent vocal support to a film that was an instant classic when it was first released 20 years ago and even today it’s just as popular, as the animated film finds itself making its way up the Hulu charts, sitting at #6.

Shrek is the hilarious animated comedy that brings out the vocal talents of Mike Myers, Eddie Murphy, Cameron Diaz, and a host of other vocally talented actors.

Shrek is an ogre, anti-social, gruff, and grumpy who lives in the swamp, loving his solitude. It is this solitude that gets rudely interrupted when the diminutive Lord Farquaad of Duloc (John Lithgow) exiles a large group of fairy-tale creatures that include The Gingerbread Man, The Three Little Pigs, Pinocchio, and of course, Donkey.

Shrek is having none of it and decides to visit Farquaad to make him move the group elsewhere so Shrek can enjoy his peace and quiet once again. Reluctantly, Shrek allows the fast-talking, always-talking, Donkey to tag along with him.

Meanwhile, after being presented with Snow White’s Magic Mirror, Farquaad is then told if he wishes to become a true king, well then, he must marry a princess. He chooses Princess Fiona (Cameron Diaz) but since she is being held captive in a castle tower guarded by a fire-breathing dragon, he decides the task is a bit much for himself.

Instead, Farquaad organizes a tournament in which the winner will be allowed the privilege of rescuing Fiona and bringing her back to him to marry.

Shrek and Donkey arrive in time to enter the tournament and defeat all. Farquaad proclaims them victors, demanding they rescue Fiona (Cameron Diaz). Shrek balks, telling Farquaad he will save the Princess if Farquaad will relocate the fairy-tale creatures from his swamp. Farquaad agrees.

Shrek and the talkative ass reach the castle, ready to battle the dragon. Shrek, dressed in battle gear wearing a helmet covering his face, finds Fiona, who is less than impressed with his romantic gestures, which are none. But Shrek saves the princess, saves Donkey, and the three make haste for Farquaad.

Fiona is, even more, less than impressed when Shrek removes his helmet, revealing him to be an ogre. At camp that night, Fiona overhears Shrek in a serious conversation with Donkey explaining his frustrations with being feared and rejected by his appearance. Fiona decides to be nice to the green goliath.

Cameron Diaz’s Princess Fiona, though, is not what she appears to be and Donkey finds out the hard way. After nearing Duloc, the trio decides to take shelter for the night. When Donkey walks in on Fiona, sheltering inside a windmill, he sees that she is not the beautiful Princess, but instead an ogre just like Shrek.

She explains to Donkey that she’s been cursed since childhood and every night at sunset she turns back into the ogre, while she is able to be the human princess when the sun rises. Only by true love’s kiss will she be able to turn into love’s true form.

A simple misunderstanding causes Shrek to abandon Fiona and Donkey, after bringing Farquaad to Fiona. Shrek returns to his now vacant swamp, alone. What Shrek discovers, is that he doesn’t want to be alone anymore and that he truly misses Fiona.

The beauty of Cameron Diaz’s movie, Shrek, is how it appeals to all audiences. It has everything a child would want in an animated film while also allowing adults to relish in the sly adult-ish humor.

The idea of Shrek comes from the fairy tale picture book of the same name published in 1990 by cartoonist and author William Steig. While the film bases itself loosely on the book, the idea to pitch the story for a big-screen adaptation actually came from producer John H. Williams’ then kindergartner and pre-school sons.

“Upon our second reading of Shrek, the kindergartner started quoting large segments of the book pretending he could read them,” Williams noted via Cinema.com. “Even as an adult, I thought Shrek was outrageous, irreverent, iconoclastic, gross, and just a lot of fun. He was a great movie character in search of a movie.”

“That is in fact true,” Cage admits. “Well, the news said it was because of vanity. I think that’s a bit strong. But the truth is, I’m not afraid to be ugly in a movie… When you’re drawn, in a way it says more about how children are going to see you than anything else, and I so care about that.”

After Cage, producers went to the late Chris Farley, who actually voiced most of his lines before his tragic and untimely death. Instead of using everything Farley had recorded, DreamWorks decided to cast a new actor, who would then record all of Farley’s lines. That actor was Mike Myers.

But Mike Myers being Mike Myers insisted on a complete script rewrite, wishing to leave zero traces of Farley’s work. Not only that, but Myers also decided to use different accents and ended up recording nearly 90% of his lines with a Canadian accent. But to Myers, it still didn’t sound right.

“There is a class struggle in Shrek between the fairy-tale kings and queens and the common people,” Myers told USA Today. “I always thought that Shrek was raised working-class. And since Lord Farquaad was played English, I thought of Scottish.”

Now Shrek was the Shrek we all fell in love with. As for Fiona, Cameron Diaz was not the first choice. That one went to comedian Janeane Garofalo. But she was relieved of her duties for reasons unknown. “I still don’t [know why]; I was never told why,” Garofalo explained to Film.com. “I assume because I sound like a man sometimes? I don’t know why. Nobody told me.”

Regardless, Cameron Diaz nailed the part and reprised her role as Fiona in all four Shrek films. There is also talk of a Shrek 5, but with Cameron Diaz now enjoying the retired life, would she be willing to return, even for a vocal role?

Hopefully, the time will come where she has to make that decision, the movie industry could always use another fun Shrek film. For now, though, you can hear Mike Myers, Eddie Murphy, and Cameron Diaz as well as the rest of the amazing vocal cast in Shrek, climbing the Hulu ranks. 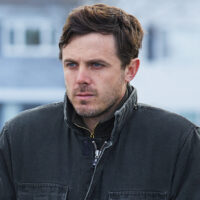 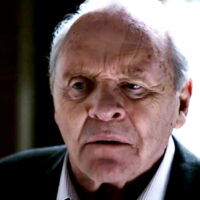