By Michileen Martin | 1 second ago

Are you dying for Cameron Diaz to get back on the big screen already? Well, if you’re waiting for her Hollywood return, don’t wait underwater. She’s happy in her new life and she plans to stay.

By the time Cameron Diaz talked to Gwyneth Paltrow in 2020 (via CNN) about why her IMDb list wasn’t getting any longer, Diaz had been screen-acting-free for six years. Aside from her involvement in the incredibly fun 2020 Instagram video Boss Bitch Fight Challenge organized by stuntwoman Zoë Bell (via People), Diaz’s final screen role was as the cruel Colleen Hannigan in the 2014 remake of Annie. During that 2020 chat with Paltrow, Diaz said she realized acting had denied her any space for a personal life. Unsurprisingly, she complained about the difficulty of having your life scrutinized in the public eye, and added that she felt that as an actress she was “infantilized” because she was put in a position where everything was taken care of for her.

Speaking to comedian and actor Kevin Hart recently on his Peacock talk show Hart to Heart, Cameron Diaz doesn’t seem to regret stepping away from the limelight at all. She told Hart that, after over half a decade out of the spotlight, she feels “whole.” She is grateful for her days in Hollywood as well and still enjoys the art of acting. But, just as she said last year to Paltrow, Diaz repeats to Hart that a lot of what made her leave the business was how much of her life was being managed by other people. Of her time as a professional actress, she recalls being “the person on the screen,” and that everything else about her life was being “handed off to other people.” As opposed to now, she says, when her daily routine is only what she can manage by herself.

Cameron Diaz has kept busy in her retirement. She’s since met Benji Madden, who married her in 2015, the year after her final screen role in Annie. Their daughter Raddix was born in 2019, and she proved to be a blessing in more ways than one. Speaking on Instagram last April (via Yahoo), Diaz said Raddix partly prepared her for the COVID-19 pandemic because caring for the newborn was forcing her to live “a quarantine life” anyway.

On the professional side of things, Cameron Diaz the actress has become Cameron Diaz the author and winemaker. In 2015 Harper Wave published Diaz’s personal guide to health, The Body Book, which quickly became a number-one New York Times bestseller and she followed that up the following year with The Longevity Book. She also hopes to keep you in a good mood while you read, as she’s started her own wine company — Avaline.

Striking gold with her first screen role, Cameron Diaz played the eponymous hero’s love interest Tina in the 1994 comedy superhero film The Mask, starring Jim Carrey at the start of his burgeoning. Among other memorable roles, she made audiences roar with her unfortunate hair gel choice in 1998’s There’s Something About Mary, helped bring a classic ’70s TV show to life with 2000’s Charlie’s Angels, and voiced Princess Fiona in 2001’s Shrek and its two sequels. 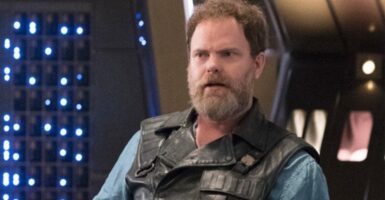 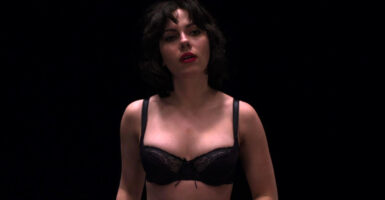