Anthony Hopkins had a movie release this week that’s different, and frankly, interesting on a number of different levels. And we’ve got some unique looks into the film recently, with an extended clip (via Screenrant) released today that has the actor contemplating a number of different things about humans, the human condition, and our existence on this planet. It’s all set to an odd, and weirdly calming though off-putting backdrop that has a layer of tension that is a bit tough to grasp. It’s shaping up to be a very different kind of film for sure, one that could possibly even divide some audiences around the concept.

In the clip for Zero Contact, we see Anthony Hopkins sitting in what appears to be a quasi-art gallery with the actor at a piano playing a modest little tune. And there’s also Hopkins providing a voice-over titled “Life is Strange” that waxes on how we are made up of 1’s and 0’s though also sort of weirdly out of control in both our pieces as a human, but our fate in the world as well. Check out Anthony Hopkins in this little look-in for Zero Contact and try to pin down the vibe of what’s happening.

Zero Contact is a very different kind of movie for a number of different reasons, though two of them have to do with the production and with the distribution. For starters, the flick which was directed by Rick Dugdale, was actually shot during the height of the Covid-19 pandemic with Anthony Hopkins and company captured via Zoom. The zero contact concept relates, not subtly, to the timing of the piece, highlighting the isolationist nature of this time in our lives. But it also deals with elements of time travel in the story with “agents” trying to figure out a mystery around time travel related to the death of Hopkins’ character.

And the other aspect of the flick that makes Zero Contact different is that it was originally released as an NFT, one of the first feature-length movies to do so. Eventually, the overall rights were acquired by Lionsgate, but this movie comes along at an interesting point on the timeline seeing as how it was made during the height of one of the strangest times in recent human history and is also made during a time when NFTs are still in their relative infancy. In this way, Anthony Hopkins is part of something truly unique.

The 84-year-old Anthony Hopkins is obviously one of the living legends in Hollywood, having been at the top of his craft for decades and decades now. But this won’t be the last. He’s also slated to star in The Son with Hugh Jackman which is due out this year. And he’ll also be in Freud’s Last Session which is currently in pre-production. Plus, this isn’t the last we’ll see of Zero Contact seeing as how there are two sequels planned to follow up this film. 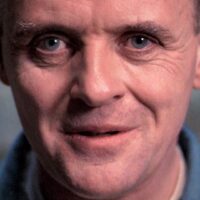