What is Millie Bobby Brown’s Height And Age? Is She Marrying A Stranger Things Star?

Millie Bobby Brown was born February 19, 2004 and is of roughly average height for a woman at 5'4" tall. Delve in to how her height compares with the rest of the Stranger Things cast below.

We all know Millie Bobby Brown from a young age (and height) as Eleven on the hit Netflix series, Stranger Things. She became a household name when the series kicked off in 2016 and since then not only continued her strong run on the series, but she has been slowly and surely adding to her résumé.

Marriage, but no kids. This is how Millie Bobby Brown and her Stranger Things co-star Noah Schapp have described their marriage pact. Both have agreed that “…if we’re not married by 40, we’ll get married… because we’d be good roomies. Completely platonically, we’d be really good roomies,” said Millie via Digital Spy. Since it would be a completely platonic marriage, there will be no children involved. “No kids though, because I could not deal with a child of yours!” she poked fun at Noah, but he did agree, saying, “That’s my dealbreaker.”

“Yeah, no kids at all,” Millie continued. “Only dogs. And separate bedrooms, for sure. My god, you’re so messy.” After getting the ribbing out of the way, Millie Bobby Brown got serious about why she would make this pact with Noah. “We have built such a friendship together,” Millie shared. “And you’re also one of the longest friends I’ve ever had. I don’t know if you knew that, but like, I didn’t grow up in school so I didn’t have any friends from my childhood. So you are really one of those people for me.”

Chances are they will both be hitched with kids by the time 40 rolls around, but it is always nice to have a plan B. Until then, the pair has a season 5 of Stranger Things to deal with and from there, the sky’s the limit. Millie Bobby Brown has a nice path set because not only is she ready to star in the aforementioned films, but she is also a producer on the films, grabbing the title of executive producer on Damsel. No reason not to get fully involved in the films you’re starring in.

WHAT IS MILLIE BOBBY BROWN’S AGE? SHE WAS BORN IN 2004

When Millie Bobby Brown first joined the Stranger Things cast as Eleven, she was a young 12-year-old. Millie Bobby Brown’s age was perfect for her character because the series revolved around four middle school friends who come in contact with Eleven. By comparison, when the show premiered, Millie’s co-stars were right around the same age. Finn Wolfhard was 12, Noah Schnapp was 11, Caleb McLaughlin was the “old” one of the bunch at 13, and Gaten Matarazzo was also 12 years old.

Millie Bobby Brown’s age is 18 years old and she has grown up in front of our eyes in Stranger Things, as have the rest of the young cast. The problem they are all facing, including Millie, is the fact that it has been almost three years since we have seen Eleven and her cohorts go up against the creatures from the Upside Down, so while the series timeline has then only aged a few months, it is very apparent from the actors’ appearance that more than a few months have passed. Not only have Millie Bobby Brown and others aged, but they have also shown a growth spurt or two.

Millie Bobby Brown’s age doesn’t seem to reflect the immense talent the actress has, and in this way she’s already well beyond her years on the screen.

As most of the young actors in Stranger Things were pre-teens when the show premiered, they are definitely far from that now. Millie Bobby Brown appears to have maintained her height throughout, as she still stands at a petite 5 feet, 4 inches (5’4”) tall. By comparison, the boys in the group have grown significantly since the beginning of the series. Standing next to the boys, Millie looks to have shrunk. The only one who is near Millie Bobby Brown in height is Matarazzo, who stands at 5’5”. Finn Wolfhard has shown the most growth as he now stands at 5’10”. Noah Schapp has hit 5’8.5”, and Caleb McLaughlin is at 5’8”.

This is all a stark contrast to when they all stood eye-to-eye when the series began. It is hard to look past this fact when they are all together on screen since apparently not much time has passed from season one to season four.

So, how do the creators fix this aging and growing issue? The series has the kids now in high school, so that is at least more believable, but they are definitely growing faster than the seasons. One problem the Duffer Brothers have had since the show began is the time taken between seasons. It was only one year between the first and second season but almost two years between seasons 2 and 3. It was even longer between season 3 and season 4 as almost three years passed before the season 4 premiere. There is no timeframe set as to when season 5 (which the Duffers have already confirmed will be the final season) will arrive, but they do have a plan in place to deal with the actors’ aging.

“I’m not sure we’re ready to say yet a start date for shooting,” Matt Duffer explained to TVLine. “But a lot of it is pretty well mapped out.” Brother Ross added, “I’m sure we will do a time jump. Ideally, we’d have shot [Seasons 4 and 5] back-to-back, but there was just no feasible way to do that.” Season 4 is coming to fans of the series in two parts, the first seven episodes dropped on May 27, 2022, and the final two episodes are scheduled to air on July 1, 2022, which makes what Ross had to say about those final two season 4 episodes startling. “So, these are all discussions we’re going to have with our writers when we start the room up,” he continued. “Believe it or not, we’re still working on Season 4. We’re trying to finish the final two episodes, they’re so massive.”

So, while the Duffer Brothers are putting their final touches on season 4, Millie Bobby Brown continues to expand her acting portfolio. During her time on Stranger Things, and probably because there has been so much time off in between seasons, she has also been part of a few big movies. The first one was Godzilla: King of the Monsters. She appeared in the blockbuster follow-up, Godzilla vs Kong, and sandwiched between those two films she starred as Sherlock Holmes’s little sister in the Netflix film, Enola Holmes opposite Henry Cavill’s Sherlock and Sam Claflin’s Mycroft.

Millie Bobby Brown will show her age next in the sequel Enola Holmes 2, which will also see Cavill, Helena Bonham Carter, and Louis Partridge reprising their roles from the first film. After this, Millie Bobby Brown has three more projects lined up that don’t include Stranger Things. These are Damsel, The Girls I’ve Been, and The Thing About Jellyfish. This is great news for the young actress as not even the Duffer Brothers know when season 5 will start shooting.

Where She Came From

Before Millie Bobby Brown reached the height of her powers and made her appearance as Eleven on Stranger Things, she had been seen on a few other television series. She got her start on the series Once Upon a Time in Wonderland where she played a young Alice in Wonderland. She was then seen in the series Intruders, which was sort of a new spin on Invasion of the Body Snatchers.

Following Intruders, Millie found time on NCIS, Modern Family, and Grey’s Anatomy. Then came Stranger Things, a role that the show’s creators, the Duffer Brothers (Matt and Ross), said was by the far the hardest role to cast. They needed someone very young to be able to emit emotion while not speaking as the role (at least in the first season) did require much dialogue. Right after meeting Millie, the brothers described her as “something special” and that she had “a downright spooky preternatural talent.”

Even at Millie Bobby Brown’s age, her talent was immediately recognized. She received massive critical praise and in the first season as Eleven, Millie was nominated for the Screen Actors Guild Award for Outstanding Performance by a Female Actor in a Drama Series and the Primetime Emmy Award for Outstanding Supporting Actress in a Drama Series. To cap things off for her during her first season on the show, she won the 43rd Saturn Award for Best Performance by a Younger Actor in a Television Series. 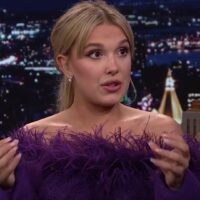 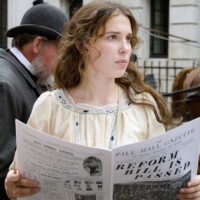 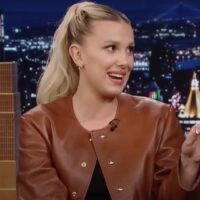 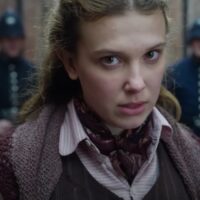