Megan Fox may just be one of the biggest international sex symbols of the 21st century. With over two decades growing up in the limelight, the actress has claimed a name for herself as one of the most lusted over actresses, often being coined the next Angelina Jolie. And it’s no wonder, as the lusty model is considered to be one of the most desired females in the world. But what does it take to date this Transformer hottie? According to Megan, it’s a permanent body change.

In 2009, Megan Fox told The Early Show that her boyfriends are all required to have at least one tattoo. “If they don’t have one yet, I make them get a tattoo of my name or face.” The comment sounds like it could be a joke, and yet, she has exes with tattoos that now back these statements up.

So the question now is this: Did Megan Fox really hold up to her testament that all of her boyfriends must have a tattoo? A look back at the knockout consort’s that have been attached to Megan reveals the truth. Megan’s first known Hollywood coupling oddly came from 7th Heaven’s David Gallagher. He didn’t appear to have tattoos, but they dated in 2003 and 2004, before she reported this preference. Shia LaBeouf- Fox’s Transformer costar and brief fling-is well known for his numerous tattoos. And then there was Megan’s on-again-off-again relationship with Brian Austin Green. Her ex-husband has been shown to have her name tattooed across the upper part of his chest. The couple, who share three young boys, were together for nearly 14 years and it is well known that Brian has flaunted his tattoos all over TV in shows like Desperate Housewives and Beverly Hills. You can see some of Megan Fox’s tattoos below.

Megan Fox is no stranger to tattoos. The celebrity has had ten tattoo’s sewn across her flawless body, if not more that we don’t know of. Citing her tattoo devotion as a form of self-expression, Megan is known to have helped popularize tattoo fashion in modern times. Her body ink includes a now removed picture of Marilyn Monroe, her ex-husband’s name, a poem, a Shakespeare and Nietzsche quote, the Chinese symbol for strength, two symbolic images depicting yin and yang as well as a crescent moon, and her most recent ink in honor of her current romantic relationship with Machine Gun Kelly. The pair got tattooed together, which seems to be part of dating Megan Fox.

Since first linking with the rapper in 2020, Fox has been photographed sporting a new tattoo on her collarbone. The black ink reads, “el pistolero” which translates to “the gunman” in English. Most recently, Megan Fox and her beau showed off their most recent tattoo endeavor, in which the whirlwind couple tattooed each other during a bewildering up close and personal interview for GQ Magazine. The couple’s tattoo ended up being the words, “The darkest fairytale” of which Megan Fox states the phrase alludes back to one of the first text messages the couple sent each other.

It seems fitting that Megan would end up with someone covered in as many tattoos as Machine Gun Kelly is. The performer is not just popular for his music, but also his tattoo obsession, as he has over 71 tattoos. Although many skeptics of the duo’s relationship are calling the steamy romance a phase, the couple is still going strong after almost two years of blissful, highly public dating. 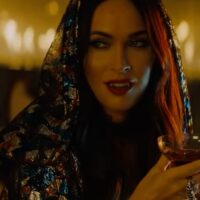 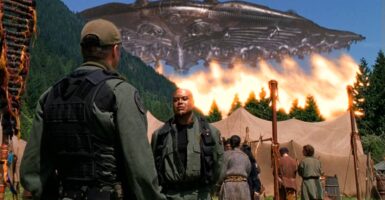 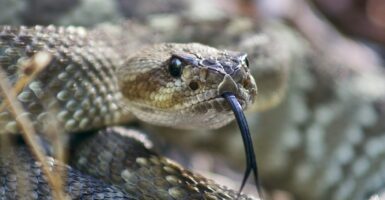