See The Terrifying Robot Legs Built For A Massive Snake

A YouTuber has decided to do the unthinkable, by creating a machine that gives a snake the ability to walk again, and it is frightening.

We often must ask ourselves if science has gone too far. That is the case most of the time when a new robotics company showcases some advanced cyborg that can mimic human feelings and mannerisms. Well, now science has gone entirely too far, as a company has created giant legs for a snake. Snakes are already quite mobile, as they can slither well over most terrain with ease. However, a man by the name of Allen Pan has decided to alter the course of evolution and give a slithery friend the option to walk on four legs. You can see the video below:

Allen Pan had apparently come under fire online when he released a snake into the wild, making people believe that he was not a “snake love.” So, he took it upon himself to prove that by playing God for a bit. Based on the above video, Allen Pan has designed legs for animals that have lost their limbs. Animals like ducks and cats have received brand new legs via the designs made by the popular YouTuber. However, he has decided to do the unthinkable by building a cylindrical device that the snake enters, then the four robot legs are programmed to allow the snake to walk as if it had been born with legs. It’s quite terrifying. It does take quite some time for the reptile to want to enter the tube, as it does seem to be a bit confining.

After some time, the snake does enter the tube, and we see the robot legs move in a way that mimics a gecko or small lizard. It is hilarious and frightening, but the snake seems to be along for the ride. The practicality of this machine does seem quite a bit much, as no one can even be sure that the snake is actually enjoying having legs, despite what the creator has said. Pan does drop some interesting knowledge that snakes are meant to have two hind legs, but the cells that determine that instead give the animal two penises called hemipenes. Evolution is certainly weird.

Snakes were said to have had legs dating back some 95 million years ago. They mostly resembled that of a Komodo dragon but had since shed their ability to walk for the option to slither. A fossil was found back in 2013 that showcased the first ever discovery of a snake that sported some huge back legs. Snakes clearly evolved to match the environment they were a part of. We have not seen any Komodo dragons that can climb tall trees. It seems to have all worked out for the best.

The snake is quite a wonderous creature, but we are more than happy that they do not have the ability to walk. If they could walk, that means they could potentially run. We don’t know about any of you, but there is no way we want a snake to come galloping up to us. Imagine a cobra with the ability to jog. That would be far too frightening. 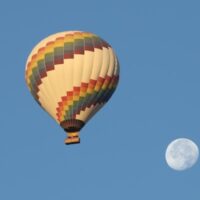 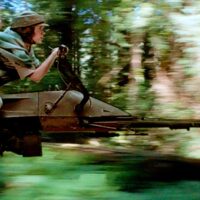