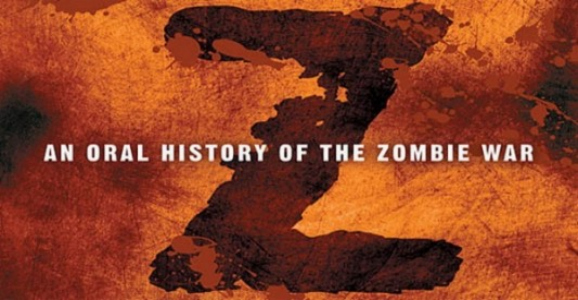 With the surprise box office success of World War Z, Paramount Pictures is making a strong push for a sequel film, making World War Z a full-fledged film franchise. But many fans of Max Brooks’ best-selling novel are disappointed that the film diverges from its source material so much. If you fall into that camp, we’ve got a pretty snazzy consolation prize for you. Random House is re-releasing the World War Z audiobook as a special extended edition, featuring a star-studded cast of celebrity voice actors.

World War Z: The Complete Edition is an unabridged version of Max Brooks’ “oral history of the zombie apocalypse.” Random House released an audiobook version of World War Z back in 2006, and while it won an Audie Award for Best Multi-Voiced Performance, it was also regrettably abridged. The original cast included actors Alan Alda, Mark Hamill, Carl & Rob Reiner, and John Turturro. It’s actually quite good and worth the listen. In the meantime, check out the list of actors for the new unabridged edition of the World War Z audiobook:

Simon Pegg, Henry Rollins, Jeri Ryan, and F. Murray Abraham? Sign me up! This cast sounds like it will do a great job with Max Brooks’ material. A majority of them have a strong speaking voice with a command of the English language. Whenever you have Firefly’s Nathan Fillion, Kal Penn, and Chicago-based rapper Common part of the same project, you know you have something special on your hands.

The World War Z novel is nothing like the movie starring Brad Pitt. While the film focuses its attention on a United Nations investigator as he tries to find the cause of the zombie pandemic and keep his family safe, Max Brooks’ novel is an after-the-fact history of the events of that global disaster, and its subsequent aftermath. The novel is from the point-of-view of many different people from all around the world. The book is a mosaic of stories, rather than one central narrative.

One of the best ways to experience the World War Z novel is in audiobook form. Since the book is structured as a collection of stories, the audiobook experience enhances the overall story because it changes readers and voice-actors for every chapter of the novel. It’s almost like listening to a stage play, radio show, or Ken Burns-style documentary film.

It was actually a good decision to make the World War Z movie into a single narrative instead of a multi-layered one because the alternative would have been too unwieldy as a movie. The mosaic structure works better as a book (or audiobook) because you are in control of how it unfolds. You can also jump around from chapter to chapter to get a whole new way to experience the World War Z story.