Actress Heather Langenkamp made a huge bloody splash in Hollywood with her performance as Nancy in the three best entries in the Nightmare on Elm Street series, securing herself a spot at the top of the heap for horror heroines. But beyond a starring role on the sitcom Just the Ten of Us, Langenkamp has had a spotty acting career, choosing to stay out of the limelight. But she was in one of the year’s biggest films, Star Trek Into Darkness, and unless you have some sort of x-ray vision, you probably had no idea you were looking at her.

Langenkamp played Moto, a fat-faced Starfleet security officer that had just a tad less screentime than Kirk or Spock. So why would she choose to play an amorphous blob instead of something more flashy? Well, the blob is actually a design created by the L.A. makeup and effects company AFX Studio, which she runs with her husband David LeRoy Anderson. In fact, many of the creatures, most noticeably those seen in the beginning of the film on the alien planet, were the fruit of AFX’s efforts. They also worked on some of the wicked beasts in Drew Goddard’s The Cabin in the Woods.

“There was no movie that it was for, originally,” Langenkamp told StarTrek.com, speaking of the Moto makeup. “The sculptor actually passed away from a tragic bout with cancer. So we were even more determined to get this makeup on screen and we said, ‘If it ever gets on screen we’ll call the character Moto,’ because that was the name of the sculptor.” A touching story, to be sure, and one that J.J. Abrams was understanding of when he was told, thus the character made it into the film. So what does Moto look like? He’s the guy always smelling his upper lip. As far as character motivation, Langencamp said she “imagined that Moto is a climate-control officer, keeping the humidity at a proper level.” In other words, she’s just below the captain in terms of importance.

This wasn’t just a fluke part, either. The actress wanted to do it “really desperately.” she said.

That’s the kind of story I like: one with a happy ending. But they’re not all like that. Just ask Nancy. 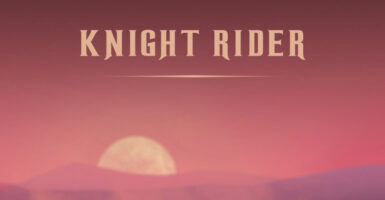