Will Smith Looking To Shine In New Sci-Fi Thriller Brilliance It has to be said, Will Smith is the new Tom Cruise. Here’s an example of an actor who was once a mighty box-office draw, but now his star has begun to dwindle. It seems that Tom Cruise is starring in almost every sci-fi action film these days, and now Will Smith is following suit. We saw it with Tom Cruise in Oblivion last year and Edge of Tomorrow this year, and now we’re seeing it with Will Smith, first with After Earth, and now with the sci-fi thriller Selling Time and possibly the new sci-fi film Brilliance.

According to The Wrap, Will Smith is in talks to star in a would-be franchise starter called Brilliance for Legendary Pictures and Universal. The science fiction film is set in a world where some people are born with heightened cognitive abilities. These people are called “brilliants,” and the story follows Nick Cooper, a federal agent with these extraordinary gifts, which makes him the very best at hunting terrorists around the world. It’s believed that Smith would play Cooper.

The premise for Brilliance is okay. It really sounds like a movie version of the TV series Intelligence or Chuck, but with superpowers. But considering that Legendary Pictures is involved, Brilliance will probably be more thrilling and genre-heavy than those two. After all, Legendary is the studio responsible for Pacific Rim, 300, The Dark Knight, and Man of Steel.

Brilliance is based on a book series from author Marcus Sakey, who also wrote the novels The Two Deaths of Daniel Hayes, No Turning Back, and The Days Where You Were Anything Else. The novel is the first of a trilogy, with the second book due on shelves later this year. Screenwriter David Koepp (Indiana Jones and the Kingdom of the Crystal Skull, The Lost World: Jurassic Park) adapted the book into a screenplay, while Julius Onah (God Particle) is attached to direct the sci-fi thriller. Joe Roth, Thomas Tull, and Jon Jashni will produce Brilliance, while Alex Hedlund, Palek Patel, and Eric McLeod will serve as the film’s executive producers.

Smith’s next film is the con-man movie Focus with co-star Margot Robbie (The Wolf of Wall Street) for Warner Bros. However, Smith’s career is on the downswing after the critical and commercial failure of director M. Night Shyamalan’s After Earth. Smith turned down Independence Day 2 and Men In Black 4, so that’s going against his brand as a viable action star. He also famously declined to star in Django Unchained for director Quentin Tarantino. While starring in the film would’ve boosted Smith’s floundering career, Jamie Foxx did a stand-up job as the former slave hellbent on revenge. Needless to say, Will Smith needs a hit on his hands and he needs it now!

Legendary and Universal have yet to announce a release date for Brilliance. 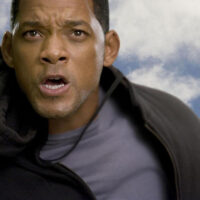